The Jahalin school opened its doors a week earlier than scheduled, in protest at Israeli orders for its closure.

A protest is due to take place outside a school in Khan al-Ahmar, a Bedouin village on the outskirts of Jerusalem, after Israeli authorities ordered it be shut down and demolished.

The solidarity protest, organised by the Palestinian Ministry of Education, was staged after village residents and the Italian ambassador were informed in writing on Monday of Israel's decision to shut the school, which accommodates 170 students from five Bedouin communities in the region, community spokesman Eid Abo Khamis told Al Jazeera.

Italian aid organisation Vento Di Terra helped the Jahalin Bedouin community residing in al-Khan al-Ahmar to build the school in 2009 to serve as an alternative to distant schools, the routes to which are both risky and expensive.

Shlomo Lecker, the attorney representing the Jerusalem-based Bedouin community, told Al Jazeera that the Italian ambassador had been summoned by Israeli Prime Minister Benjamin Netanyahu to discuss the matter.

“I spoke to the Italian ambassador several days ago after his meeting with Netanyahu,” Lecker told Al Jazeera, adding that the ambassador was informed that an official order was going to be issued to close the school down.

IN PICTURES: When a school is illegal

"In response to these orders, the Palestinian Ministry of Education decided to open the school a week earlier than originally planned. This might make any plans of closure more difficult to carry out."

Starting the school year earlier than scheduled ensures that students are in regular attendance inside the premises, which makes it less likely for Israeli authorities to permanently close the school down.

According to a report released by Israeli human rights group B’Tselem, the Israeli Civil Administration, the governing body of Israel's occupation in the West Bank, issued a demolition order one month after the school had been opened in 2009, because it was built near a road to which expansion plans had already been approved.

Nearby Israeli settlements and the Israeli NGO Regavi have petitioned the Supreme Court three times since then, demanding the demolition of the encampments in Khan al-Ahmar, which are home to some 100 families.

Khalid Quzmar, a lawyer and the general director of Defense for Children International, an organisation advocating for the rights of Palestinian children in the occupied territories, told Al Jazeera that requests for the school's demolition and closure are "part of a wider plan to displace the Jahalin Bedouin".
The school is "essential to the community", Quzmar said.

"There is no justification behind closing down the school. It was built using mud and tyres to avoid breaking laws that prohibit Palestinians from using cement in construction," he added.

The Jahalin Tribe currently lives on the periphery of Jerusalem, on the West Bank side of the Apartheid Wall. In the early 1950s, the Bedouins were displaced from their land near Tel Arad, in the southern Negev desert. The tribe is the largest refugee tribe in the West Bank today.

In 2013, the Israeli Supreme Court decided to relocate the Jahalin Bedouins to an area near the city of Jericho, where they would be under Palestinian Authority control.

Area C of the occupied West Bank accounts for more than 60 percent of the entirety of the West Bank, and is under full Israeli control. The Civil Administration regulates all Palestinian construction and building within the area.

Israeli government decided to close al-Khan al-Ahmar primary school in the Bedouin areas to the east of Occupied Jerusalem.

Abed Khamis Abu Dahouk, the spokesman of the Bedouin community, told the PIC reporter that the office of Israeli Prime Minister Benjamin Netanyahu issued the closure decision after he had summoned Italy’s Ambassador few days ago and informed him of the step.

Israeli forces systematically target the Bedouin areas for the sake of establishing more settlements on the expense of Palestinians’ lands in the area.
13 aug 2016
Israel erases Palestine-related contents from school books in J'lem
Among the lines that disappeared from those books are texts talking about the unity of the Muslim nation and the importance of the Aqsa Mosque.

The Palestinian map, flag and anthem were also removed from text books.

The Israeli municipality justified the measure by claiming that it would not allow the presence of educational books encouraging violence.
9 aug 2016
University Students Suffocate as Israeli Soldiers Teargas Campus 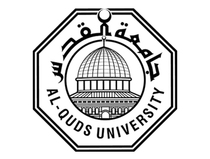 Dozens of students suffocated on Tuesday, after Israeli soldiers attacked the campus of Al-Quds University with teargas, in Abu Dis town, east of Jerusalem.

Witnesses told WAFA News & Info Agency that clashes erupted between Israeli soldiers and Palestinian students outside of the campus before the soldiers attacked the latter with teargas canisters and stun grenades, causing multiple cases of suffocation among them.

Those who suffocated were treated at the scene.
8 aug 2016
Israeli police close educational consulting institution in J'lem

The Israeli occupation police on Sunday closed the headquarters of Sa'ed Educational Consulting Foundation in Occupied Jerusalem for one year on allegations of its support for terrorist activities.

The Israeli police summoned head of the foundation Sheikh Jamil al-Hamami and handed him a closure order against the foundation signed by their commissioner Roni Alsheikh.

Sheikh Hamami denounced the Israeli closure of an institution providing educational consultation for teachers, pointing out that a similar measure was taken against the foundation three years ago.

The Israeli police recently raided the Beit Hanina house of Sheikh Hamami, who is banned from entering the West Bank and traveling abroad.
Minister: “Israelization” of Palestinian education declaration of war

The Palestinian Minister of Education and Higher Education, Dr. Sabri Saydam, slammed Israeli attempts to “Israelize” education at Palestinian schools and restrict funds to those applying an Israeli curriculum.

Speaking in an exclusive statement to the PIC, Saydam said the Israeli occupation has waged a Judaization war on the Palestinian intellectual and cultural identity in Occupied Jerusalem.

“The Israeli procedures and education policies at Jerusalem schools represent a flagrant violation of Palestinians’ human rights and of the international law, which binds the occupation authorities to preserve the nature and idiosyncrasy of the occupied people’s education,” said the minister.

According to Saydam, the Israeli occupation has been taking advantage of its financial power to Judaize education and impose an Israeli vision on Palestinian schools.

“But such tactics shall never see the day thanks to Palestinians’ commitment to their cultural and linguistic identity,” he added.

Saydam also said practical steps have been underway to minimize the upshots of such Israeli schemes, including raising funds for schools, providing Jerusalemites’ with 10% of academic scholarships abroad, facilitating admission requirements, and boosting financial support for those enrolling at Jerusalem schools.

20% of the general budget for 2016 will be allocated to education, Saydam further stated. “We have to try every possible effort to bring such Judaization schemes to a halt. There is no more time left for words,” he concluded.
4 aug 2016
Hamas slams Israel's attempt to Judaize education

The Hamas Movement has strongly denounced Israel's attempt to Judaize education in Palestinian schools in east Jerusalem, calling for official and popular moves to confront it.

Member of Hamas's political bureau Ezzat al-Resheq stated on his Twitter page that "his Movement categorically rejects any Israeli attempt to impose on the Palestinians curriculums serving its policies that are based on misrepresentation and distortion in the holy city."

Resheq condemned Israel's intent to ban the use of Palestinian curriculums as a crime and a violation of the Palestinian people's right to education, which is protected by the international law.

"The occupation's ongoing war on the Palestinian people, their land and curriculums through Judaization, displacement and distortion would be doomed to failure because today's generation has become aware and adherent to its national constants," he underlined.

Palestinian academics recently warned in a statement issued by the ministry of higher education against attempts to Israelize education in Palestinian schools.
31 july 2016
Removing racism against Ethiopians from education system

The Justice Ministry's internal committee tasked with reviewing racism aimed at Ethiopians submits its report to the PM, stating it expects all of its recommendations to be implemented; 'The Ethiopian public is about to boil over,' warns a member of the community.

A report by a Justice Ministry’s committee detailing the widespread institutionalized and racial discrimination against Ethiopian Jews was officially submitted to Prime Minister Benjamin Netanyahu’s office on Sunday.

Among its recommendations, the report states that the changes it suggests to be made in the public education system should be implemented beginning with preschool.

The report, headed by the Ministry of Justice's director general, Emi Palmor, was compiled following extensive meetings with leaders, experts and representatives of the Ethiopian communities.

Focusing, among other topics, on their treatment under the public education system, Ethiopians spoke of a pattern of discrimination at the hands of educators, including being turned away from public schools due to “underachievement,” in addition to stories of parents who refrained from sending their children to activities that included Ethiopian children.

Other complaints focused on the fact that Ethiopian children are referred much more to the special education system, instead of working to keep them within the general population and education system, and that welfare workers are much more likely to decide on removing Ethiopian children from their homes as opposed to other children, while being unable to help lower the rate of Ethiopian minors’ involvement in criminal activity.

The current report offers recommendations on how to best address these issues, suggesting more effort needs to be made to strengthen the Ethiopian community from an early age, in a similar manner to the recommendations put forth by the Biton Committee, which focused its energy on promoting Mizrahi Jews.

As such, the Palmor report states that kindergarten libraries be stocked with age-appropriate books on children from different cultures and various skin colors, while also introducing the children to dolls with different skin tones.

The report also stresses that educators are underprepared and misinformed about matters of racism, recommending that their continued education programs focus more on introducing them to Ethiopian heritage and on how to prevent racism in their classrooms.

Since Netanyahu is the head of the Ministerial Committee on the integration of Israeli Citizens of Ethiopian Origin, the report was turned over to his office for review. The ministerial committee is expected to adopt the report’s conclusions in full.

Heads of the Ethiopian community have warned that if the report’s suggestions are not adopted in full, they will return to the streets and protest the decision.

Speaking before the committee, a member of the Ethiopian community said, “We have an obligation to our community to make it absolutely clear that this is the government’s last chance.”

He continued by saying that the committee “should not make the mistake of thinking that we will be satisfied with empty slogans, when in reality the Ethiopian public is about to boil over.”

Opposition Leader Isaac Herzog's advisor Shlomit Berhanu, who took part in the committee’s discussions and who herself is a member of the Ethiopian community, said that “implementing the report’s recommendations would heal the deep rift and lack of trust in our society.”

Palmor also voiced her desire that the government decide to move ahead with her committee’s recommendations. “The fact that the report has already gained the approval of many government ministries and the local municipalities that contributed to it, as well as the approval of leading social activists, all add to its chances of bringing about a substantial change,” she said.
30 july 2016
Millions of shekels to improve Israeli schools in O. Jerusalem

According to Iroshalim newspaper, 105,000 Palestinian students still need about 1,000 classrooms in their schools in east Jerusalem, amid deliberate neglect by the Israeli municipality.

According to the newspaper, the Israeli municipality spent 46 million shekels to improve its official schools during the current summer vacation.

The municipality also earmarked 42 million shekels for the improvement of schools where Haredi students study in the holy city. However, only 4.8 million shekels were recently spent on Palestinian schools in east Jerusalem.
Page:  6 - 5 - 4 - 3 - 2 - 1
Powered by