Director of an Algerian publishing house apologized on Monday to the Palestinian people over a secondary school geography textbook labeling a map of Palestine as Israel.

Director of the Arts Publishing House, Hamidou Massoudi, said he was sorry for offending the Palestinian people, labeling the lapse an unintentional mechanical mistake.

The Algerian Ministry of Education ordered the immediate withdrawal of the secondary school geography book due to a printing error that labeled a map of Palestine as Israel.

The printing mistake was embarrassing for the Algerian government, as it does not have diplomatic ties with Israel, nor does the North African nation accept entry to Israeli passport holders.

The ministry said the matter is being investigated with responsibility of the error blamed exclusively on the publisher.
7 sept 2016
Dozens of Schoolchildren Suffer The Effects Of Teargas Inhalation In Hebron 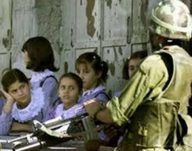 Medical sources in Hebron city, in the southern part of the occupied West Bank, has reported that dozens of schoolchildren suffered the effects of teargas inhalation, on Wednesday morning, after Israeli soldiers fired gas bombs near them at a roadblock in the city.

The sources said that the soldiers fired many gas bombs at the children as they were on their way to their schools, and were attempting to cross the Abu ar-Reesh military roadblock, west of the Ibrahimi Mosque, in Hebron.

The children were trying to reach the Ibrahimiyya, Khadija Bin al-Waleed, an-Noorin, al-Faiha’, and al-Hajeriyya schools, in the Old City of Hebron.

The soldiers also fired gas bombs and concussion grenades at many Palestinians, trying to cross the roadblock.

Palestinian medics rushed to the scene, despite obstructions from soldiers at roadblocks, and provided the wounded with the needed medical aid.
6 sept 2016
IOF tightens military restrictions south of Nablus

The Israeli Occupation Forces (IOF) tightened military restrictions in the southern villages and towns of Nablus to the north of the West Bank on Tuesday for the third consecutive day.

According to Palestinian sources, Israeli forces continued to close all roads linking between the southern villages in the city.

Awarta military checkpoint was also closed, restricting the people’s movement. On Sunday, Israeli forces closed the entrances to the southern villages as part of their collective punishment policy against Palestinians after an alleged stone-throwing attack against settlers’ cars near the area.

The South Nablus Directorate of Education has earlier warned that the Israeli collective punishment and complete closure of roads would restrict or deny students and teachers’ access to schools. 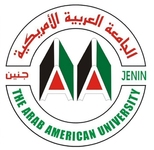 A number of university students and members of the faculty in the Arab-American University in Jenin, in the northern occupied West Bank, suffered from gas inhalation on Saturday, after Israeli forces fired tear gas inside the campus, said witnesses.

Witnesses told WAFA correspondence that Israeli soldiers surrounded the campus before raiding it and firing tear gas canisters at the students and staff, causing several cases of suffocation.

The Israeli army regularly carries out attacks with deliberate and reckless use of force against schools and other educational facilities across the West Bank in a serious violation of international law and students’ right to pursue education in a safe environment.

The Global Coalition to protect Education from Attack (GCPEA) said that “during situations of armed conflict, attacks on education may violate international humanitarian and criminal law and constitute war crimes (or crimes against humanity during war or peacetime) as set out in the 1907 Hague Regulations, the 1949 Geneva Conventions and their Additional Protocols, the Rome Statute of the International Criminal Court, and customary international humanitarian law.”
1 sept 2016
Piper calls for supporting development and stability in Gaza

UN humanitarian coordinator Robert Piper has stressed the importance of supporting development and stabilization opportunities in the besieged Gaza Strip.

During a visit on Wednesday to the Islamic University in Gaza, Piper expressed admiration for the great abilities and qualifications the Palestinians in Gaza possess despite the difficult humanitarian conditions under the blockade.

He, however, pointed to the high unemployment rate in Gaza, affirming that despite the high education rate in Gaza, there are no many job opportunities for graduates.

The UN official applauded the high scientific standards which the Islamic University enjoy in Gaza, with regard to academic programs and research, stressing the need for active cooperation between the UN and the university.
31 aug 2016
ISM Report: Children Tear-gassed on 2nd Day of School

Children running away from the tear gas shot by Israeli Forces

On 29th August, 2016, Israeli forces at Salaymeh checkpoint, in occupied al-Khalil (Hebron), fired rounds of tear gas as school-children attempted to make their way home through the heavily militarised checkpoint.

The Salaymeh checkpoint, for many school-children, is one of the unavoidable checkpoints on the daily way to school and back home. At the highly militarised structures, the children attending schools and kindergartens in the area, are subject to bag-searches, harassment, questioning and detention by Israeli forces.

On Monday, the second day of school after the 3-month summer holidays, as children were starting to pour out of the schools around noon, Israeli forces threw a stun grenade towards a group of children. Instead, it landed right in front of a girl quietly making her way towards the checkpoint on her way home.

Scared by the stun grenade flying towards her and the lound boom of the explosion she ran away in the opposite direction in tears.

In the meantime, at the checkpoint, children were repeatedly yelled at ‘to wait’ as Israeli forces refused to open the gate for them to go through the checkpoint in order to reach the other side. Israeli forces were heard yelling at children several times, and ordered a few boys to show them their hands in order to ‘prove’ stone-throwing, if they are having dirty hands.

Just a little later, Israeli forces fired rounds of tear gas in the direction of the schools, thus collectivly punishing not only all the school-children, but the whole neighborhood. As the tear gas canisters spread their supposedly ‘less-lethal’ gas and covered the area with the poisonous gas, some children escaped the clouds crying with their eyes red from the gas and coughing when choking on the gas.

This kind of excessive force and collective punishment by Israeli forces, is just one aspect of the Israeli military occupation these school-children are forced to endure on a daily basis.
29 aug 2016
IOF deprives over 350 Palestinians of education

The media spokesman for Palestinian Prisoners Center for Studies, Riyad al-Ashqar, revealed that over 350 students were deprived of their right of education because of being arrested in Israeli jails mostly in Ofer and Megiddo prisons.

This large number does include Palestinian university students who are arrested in Israeli jails, he added.

Ashqar called on institutions concerned with child rights to bear their responsibilities and to pressure Israeli occupation authorities for the release of Palestinian school students.

He perceived arresting children below 18 years of age as a blatant violation of all international conventions which prohibit the arrest of children.
3 Palestinian schoolchildren kidnapped by IOF from Ourif

A PIC journalist said the occupation troops rolled into Ourif’s eastern corners and closed the gates of the local secondary school, where Palestinian instructors were locked up for hours. Violent clashes burst out in the area.

The Israeli occupation forces (IOF) stormed a Palestinian school in Jenin’s southern town of Yabad and cracked down on schoolchildren on the first day of the new academic year.

Reporting from Yabad, a PIC news correspondent said an Israeli army patrol broke into the Izzedine al-Qassam schoolyard and raked through classrooms, where Palestinian schoolchildren gathered on the first day of the new academic year.

Adjacent to the Israeli illegal settlement of Mevo Dotan, Yabad town has often been the target of abrupt assaults and aggressive attacks by the Israeli occupation army and settlers.
23 aug 2016
Israeli Municipality Cuts Jerusalem School Budget for Palestinians

Palestinian students in annexed East Jerusalem are receiving less than half of the funding of their Jewish counterparts, Haaretz has reported.

The paper revealed, according to Al Ray, in a report published Tuesday, that, after sweeping the budget of Israeli municipality in Jerusalem, 11 secondary school Palestinians out of 17 do not receive its dedicated budget from the Israeli Ministry of Education.

The Israeli municipality refuted the report, saying that Haaretz did not reflect the real facts, and manipulated the statics and data.

The report noted that the total number of Palestinian secondary schools in east Jerusalem is 17, and that they receive their budget from the Israeli municipality and Ministry of Education.
20 aug 2016
IOF storms different locations in Nablus