The Israeli occupation authorities decided to acquit journalist Khaled Maali on conditions that he close his Facebook account and pay a steep fine.

Speaking with PIC, local sources said an Israeli occupation court decided to release 48-year-old researcher Khaled Maali, from Salfit, on conditions that he deactivate his account on social network Facebook, shell out a bail of up to 7,000 shekels, and hand over his laptop.

On November 3, the Israeli occupation forces broke into Maali’s family home and wreaked havoc on the building before they arrested him.

Soft-spoken, bespectacled and mild-mannered with the earnest, erudite mien of the astrophysics student he once was, 47-year-old Hagai El-Ad appears an unlikely candidate to be one of Israel’s most hated men.

But the human rights activist is facing the wrath of Israel’s rightwing establishment after urging the UN to “take action” against his country to bring an end to its occupation of Palestinian lands. Mr El-Ad, who chairs the human rights group B’Tselem, was accused by prime minister Benjamin Netanyahu of “slandering the state” after testifying at an informal meeting on October 14 of the UN Security Council on Israel’s illegal settlements in the West Bank and East Jerusalem. Since then, conservative Israelis have taken to the internet to accuse him of treason and urge authorities to jail him.

The affair is emblematic of intensified tensions between Israel’s ruling rightwing camp and leftwing civil society groups, who accuse Mr Netanyahu and his allies of eroding Israel’s democratic freedoms for short-term political gain.

David Bitan, an MP with the ruling Likud and chairman of Mr Netanyahu’s hard-right coalition, has called for Mr El-Ad to be stripped of his citizenship. Amid widespread criticism, he later said he did not mean to jeopardise freedom of speech. However, his spokesman said the MP would sponsor a bill barring Israelis from urging an international body to “take action against Israel”.

Leftwing Israelis have rallied behind Mr El-Ad and B’Tselem, which says that online donations from individuals have jumped tenfold since the controversy erupted. The US State Department weighed in, saying America was “grateful” for the work of B’Tselem and other Israeli human rights groups. “It has been a long time since there was such a heated discussion about the occupation,” Mr El-Ad told the FT.

At the UN, Mr El-Ad said Palestinian lands were “slowly sinking in a sea of Israeli domination”. He quoted Martin Luther King’s assertion that “freedom is never voluntarily given by the oppressor”. He did not spell out what kind of action the UN might take, and notes now that B’Tselem does not recommend specific solutions for resolving the Israeli Palestinian conflict.

However, his remarks hit a nerve. Diplomats and analysts in Israel have speculated that the US might back a firm UN Security Council resolution on the Israeli-Palestinian conflict after the US election, as a departing gesture by President Barack Obama. Israel accuses the UN of systematic bias and this week withdrew its ambassador to Unesco after the cultural agency passed a controversial declaration that it said belittled Jewish historic and religious ties to Jerusalem’s holy sites.

For his part, Mr El-Ad brushes away the controversy and insists that opposing the occupation is “the most urgent and most pro-Israeli need that I can identify in this society”. “It’s worth noticing that they have not responded actually to anything we said,” he says of the Netanyahu government. “They haven’t refuted the data, the analysis; they are not engaging in a conversation.”

Mr Netanyahu’s spokesman referred to a Facebook post by the prime minister this week in which he said non-governmental organisations played an “important role”, but had “no right to impose on Israeli citizens what they failed to convince them to adopt at the ballot box”.

Even before Mr El-Ad’s speech, B’Tselem was already under scrutiny in Israel, whose government this year passed a law forcing NGOs with foreign governmental support to disclose their funding. B’Tselem gets more than two-thirds of its funding from foreign sources, including the EU, the UN, and European countries. He and other B’Tselem activists say they have faced harassment, death threats, and cyber attacks on computers aimed at disabling the group’s website.

Mr El-Ad’s mainstream Israeli background makes him an unlikely seeming hate figure. He was born in Haifa and his father was a reporter with Ha’aretz, the left-leaning newspaper. At Jerusalem’s Hebrew University, Mr El-Ad gravitated to activism when he began volunteering with its gay and lesbian student union. He later worked for the Association for Civil Rights in Israel, another NGO, before joining B’Tselem in 2014, when the war in Gaza unleashed febrile emotions in Israeli society and — say leftists — an intensifying government and public backlash against political dissent.

The discord is likely to escalate, if anything, as next year’s 50th anniversary of Israel’s seizure of Palestinian lands in the Six Day War approaches. “The occupation is a catastrophe for Palestinians — who have suffered endless human rights violations for close to half a century — and also catastrophic for Israeli society,” Mr El-Ad says.
28 oct 2016
Israeli Prosecutor Indicts Brother Of Slain Palestinian For “Facebook Incitement” 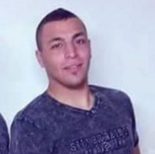 The Israeli Prosecutor at the District Court in occupied Jerusalem filed, Thursday, an indictment against a Palestinian from Silwan, accusing him of incitement on his Facebook page, and of “supporting a terrorist organization.”

The Palestinian, Mohammad Shiokhi, 21, is from Silwan, in occupied East Jerusalem, was taken prisoner just hours after a deadly shooting attack, carried out by Misbah Abu Sbeih, 39, in Sheikh Jarrah, in which a 60-year-old Israeli woman and a 30-year-old police officer were killed, and six were injured.

His brother, Ali Shiokhi, 20, was also shot dead by the soldiers, on October 11, 2016, during clashes that took place in Silwan town, after several military vehicles invaded it.

Ali was shot with a live round in his pelvis, and bled to death after Palestinian medics were prevented from reaching him after the army closed the town, and stopped them.

The Facebook posts he is being indictment for were written after the army killed his brother.

A new report [PDF] from a Palestinian rights organisation has found that the number of incidents in which people - including many journalists - have been arrested for social media posts has drastically increased in the last year, leading to worries over an Israeli crackdown on the right to freedom of expression.

“Social media sites are… an efficient window to empower journalists and Palestinians in general to express their opinions freely,” Mousa Rimawi, author of the report and Director of the Palestinian Centre for Development and Media Freedoms (Mada) said.

“[But] systematic surveillance and observation by Israeli Occupation Authorities [means they have become] an open platform for persecution and oppression relating to users’ opinions.”

While there is no legal precedent in Israeli law for charging people with criminal offenses related to online posts, the state, worried that inflammatory content online has fuelled a spike in Israeli-Palestinian violence in the last 12 months, created a cybercrime unit in October 2015 to monitor and control what is published on the internet.

In addition, Israeli authorities are also pressuring social media companies to do more to remove posts which could incite violence, including drafting laws - which digital rights groups say would be unworkable - to compel platforms to take down content that could incite violence.

A delegation from Facebook met with government officials in September for what were were described as “successful” talks by Interior Minister Gilad Erdan's office. "Online extremism can only be tackled with a strong partnership between policymakers, civil society, academia and companies, and this is true everywhere," a representative for Facebook said, adding that the company meets with governments all over the world to combat hate speech and incitement to violence.

This week, the activist collective Palestinian Information Centre (Pic) reported that at least 10 of their administrators’ accounts for their Arabic and English Facebook pages - followed by more than two million people - have been suspended, seven of them permanently, which they say is a result of new measures put in place in the wake of Facebook’s meeting with Israel.

Facebook gave no explanation why other than that members had violated Facebook's 'Community Standards', Pic member Rami Salaam told The Independent. The move was about “preventing our voice from reaching out to the world,” rather than incitement, he said.

One video Mr Salaam said was taken down, of a college graduate in Gaza starting a small business, was removed because it contained nudity - even though it didn't.  “Seemingly the video was reported by Israelis and Facebook did not even bother to check,” he added. A representative from Facebook told The Independent it was looking into the claims made by Pic.

"We care about the voices, opinion and rights of all the different communities on Facebook," he added. "Palestinian voices will be as safe on Facebook as every other community on our platform.”

A 2015 report found that 96 per cent of Palestinians said their primary use of Facebook was for following news. Mada says that this shows the extreme importance of social media platforms and thus the potential impact disabling activists’ and journalists’ accounts could have for the dissemination of information relevent to Palestinian interests.

Since last October at least 150 arrests have been made on charges of ‘incitement’, but Palestinians and digital rights monitors say that in many cases posts are not relevant, or critical of Israeli government policy, rather than direct calls to violence.

Since 2014, 61 Palestinian journalists and nine Israeli journalists have been prosecuted for online posts, the new report from Mada found.

In August, five journalists at Hebron start-up Sanabel Radio were also arrested in a dawn raid during what an Israeli army spokesperson said was an “ongoing effort against incitement.”

Last month, several senior journalists from Shehab and Quds news agencies in the West Bank reported their Facebook accounts - used to update professional pages which reach millions of people - had been temporarily suspended, in a move Facebook later said had been an error.

Facebook ‘likes’ and ‘shares’ have also been submitted as evidence in military trials for incitement, West Bank legal charity Addameer told The Independent, as was reported in the sentencing of a Palestinian astrophysics professor supportive of militant group Hamas earlier this month.

“Prosecutors use the numbers of ‘likes’ and ‘shares’ of specified posts, while failing to connect these posts or these individuals, to acts of violence. The trend is an alarming one,”  Addameer director Sahar Francis told The Independent at the time. The Israeli Defence Force did not immediately respond to a request for comment.

Many Palestinians have called for boycotts of the company for perceived collusion with the Israeli authorities and worries over the fact Facebook activity could be used to target activists.

Mr Salaam of Pic said that Facebook was too important a platform for the group to leave.