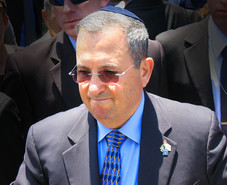 Israeli Defense Minister Ehud Barak said on Thursday that the Iranian-backed Lebanese group Hezbollah carried out the deadly bomb attack on a bus carrying Israeli tourists in Bulgaria on Wednesday.

Bulgarian officials said six people were killed when the bomb went off outside Bulgaria's Burgas airport. Israeli media reported that eight people had been killed and that six of them were Israelis.

The tourists had arrived on a charter flight from Israel and were on the bus in the airport car park when the blast tore through the double-Decker. Body parts were strewn across the ground and mangled metal hung from the bus's ripped roof.

"We have established a person who was a suicide bomber in this attack. This person had a fake driving license from the United States," Interior Minister Tsvetanov told reporters at the airport of Burgas, a city on Bulgaria's Black Sea coast.

Tsvetanov said special forces had managed to obtain DNA samples from the fingers of the bomber and were now checking databases in an attempt to identify him.

He said Bulgarian security services had received no indications of a pending terrorist attack in the Balkan country.

Video surveillance in front of the airport and the investigation showed the bomber could not be distinguished among arriving Israeli tourists. "He looked like everybody else - a normal person with Bermuda shorts and a backpack," he said.

The interior ministry said the eight dead included the Bulgarian driver of the bus and the bomber.

About 30 lightly injured Israeli tourists will be flown back to Israel in the coming hours, Tsvetanov said.

Hours after the attack Israeli Prime Minister Benjamin Netanyahu said Teheran was behind the attack and that "Israel will react powerfully against Iranian terror." There was no immediate Iranian reaction to the Israeli accusation.

The blast came on the 18th anniversary of a 1994 bomb attack on the headquarters of Argentina's main Jewish organization by a Hezbollah suicide bomber, which killed 85 people.

Israeli officials had previously said that Bulgaria, a popular holiday destination for Israeli tourists, was vulnerable to attack by Islamist militants who could infiltrate via Turkey.

Israeli diplomats have been targeted in several countries in recent months by bombers who Israel said struck on behalf of Iran.

Although Tehran has denied involvement, some analysts believe it is trying to avenge the assassinations of several scientists from its nuclear program, which the Iranians have blamed on Israel and its Western allies.

Israel and Western powers fear that Iran is working towards a nuclear bomb, but Tehran says its research is strictly for peaceful ends.

Both Israel and the United States have not ruled out military action against Iranian nuclear facilities.

Hezbollah is a powerful political party and militant group in Lebanon and fought a war with Israel in 2006. The group claimed victory even though Lebanon suffered high casualties.

WASHINGTON (Reuters) -- US President Barack Obama strongly condemned an attack Wednesday that killed at least four Israeli tourists in an explosion on a bus outside a Bulgarian airport.

"The United States will stand with our allies, and provide whatever assistance is necessary to identify and bring to justice the perpetrators of this attack," Obama said in a statement, calling the attack "completely outrageous."
17 july 2012 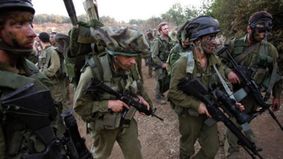 A file photo of Israeli soldiers near the Lebanese border

The incident occurred when at least 20 Israeli soldiers crossed the Lebanese border at Mount Hermon region and infiltrated 500 to 800 meters into the Labanese Shebaa farms in southern Lebanon in order to abduct shepherds Mohammed Qassem Hashem and Ahmed Haidar.

After failing to kidnap the shepherds, the Israeli forces then stole 900 goats in the area and took them to the Israeli-occupied sections of the Shebaa farms.

The violations contravene United Nations Security Council Resolution 1701, which ended the Israeli war on Lebanon in 2006. 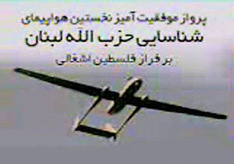 There has been conflicting reports for the past hours of a UAV that crashes in the Baalbek town in Younin, east of Lebanon on Saturday. The crash site was soon cordoned off by members of the resistance, who prevented access to the area and later transported the drone off site to an unknown location.

The object, which was in flames, led to a fire in the area prompting Civil Defense teams and security agencies to the scene. Although the exact identity of the UAV was unknown, some assumed that the UAV belongs to the Hezbollah group which operates several Mohajer 4 (Mersad 1) UAV.

Meanwhile, other sources  claimed that the spy drone was in fact belonged to Israel. The Israeli reconnaissance planes have usually violated the Lebanese airspace, despite UN Security Council Resolution 1701 which brokered a ceasefire in the war Israel launched against Lebanon in 2006.

The resolution calls on Israel to respect Lebanon’s sovereignty and territorial integrity. In 2009, Lebanon filed a complaint with the United Nations, presenting over 7,000 documents pertaining to Israeli violation of the Lebanese territory.

An unmanned spy drone, reportedly belonging to Israel, has crashed in eastern Lebanon, according to the country’s official news agency.

The drone was downed in the village of Younin in the Baalbek region on Saturday and caused fire in the area, the National News Agency reported.

Lebanese security forces surrounded the area and officials are investigating the cause of the incident.

Informed sources announced that the spy drone belonged to Israel.

Israeli reconnaissance planes have usually violated the Lebanese airspace, despite UN Security Council Resolution 1701 which brokered a ceasefire in the war Israel launched against Lebanon in 2006.

The resolution calls on Israel to respect Lebanon's sovereignty and territorial integrity.

In 2009, Lebanon filed a complaint with the United Nations, presenting over 7,000 documents pertaining to Israeli violation of the Lebanese territory.
14 july 2012

According to a statement issued by the Lebanese army on July 13, the Israeli warplane violated Lebanese airspace, beginning at 7:25 a.m. local time on Thurdafay , a Press TV correspondent in Beirut reported.

The statement said that the Israeli aircraft entered Lebanon above its southern border and flew over several Lebanese territories before leaving the country’s airspace above Rmeish village at 11:25 a.m. local time.

Lebanon's government, the Hezbollah resistance movement, and the UN Interim Force in Lebanon, known as UNIFIL, have repeatedly condemned the overflights, saying they are in clear violation of UN Resolution 1701 and the country's sovereignty.

UN Security Council Resolution 1701, which brokered a ceasefire in the war of aggression Israel launched against Lebanon in 2006, calls on Israel to respect Lebanon's sovereignty and territorial integrity.

In 2009, Lebanon filed a complaint with the United Nations, presenting over 7,000 documents pertaining to Israeli violations of Lebanese territory.
2 july 2012

Israel destroys spying device in Lebanon after Hezbollah discovered it 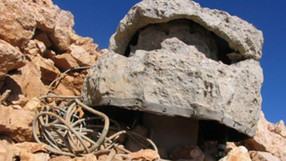 An Israeli warplane has fired missiles into southern Lebanon to destroy an espionage device Tel Aviv had planted in the area.

The move came after the Lebanese resistance movement Hezbollah discovered the spy system, apparently a listening device, in al-Zreiriyyeh area on Monday.

Some reports say the device was placed on Hezbollah telecommunications lines in the area.

The Lebanese army has discovered and dismantled several Israeli spy systems planted inside the country in recent years.

In December 2010, the Lebanese army said it had located two sophisticated, Israeli-made surveillance devices in mountains near the capital, Beirut.
Powered by