The United Nations Relief and Works Agency for Palestine Refugees in the Near East (UNRWA) strongly condemned the ongoing escalation of the armed conflict in Syria which, on 14 June, claimed the lives of another three Palestine refugees in Khan Eshieh camp, and continues gravely to endanger the safety of civilians throughout the country.

On 14 June, at around 22:30, as devotees were returning to their homes after the evening prayer, the main road of Khan Eshieh camp was hit by an artillery shell in the vicinity of Al Reda Mosque. The explosion killed on the spot 37 year-old Amir Abu Hamdeh, 56 year-old Mahmoud Asa’ad Asa’ad and 47 year-old Ibrahim Mahmoud Khalil. The blast also seriously injured 45 year-old Ayman Zaher. UNRWA strongly condemns the parties responsible for these deaths. The thoughts and condolences of UNRWA staff are with the bereaved families.

These tragic deaths and grave injuries are the result of intense fighting in and around Khan Eshieh town involving the use of heavy weapons of indiscriminate effect.  Since 17 May, at least nine Palestine refugees from Khan Eshieh camp have died, and many more have been injured.

UNRWA remains gravely concerned about the elevated risk of death and serious injury to Palestine refugees and other civilians in Khan Eshieh and in other areas of Syria where the armed conflict continues to intensify. In recent weeks, numerous civilian lives have been lost due to increased levels of armed violence, including in Aleppo governorate and rural Damascus where the Palestine refugee camps of Khan Eshieh and Qabr Essit are located.

UNRWA reiterates its demands for all parties to desist from exposing civilians to the risks of armed conflict. It is imperative that all sides respect and comply with their international humanitarian law obligations to protect and safeguard lives of Palestine refugees and all civilians.

Khan Eshieh camp, home to about 9,000 Palestine refugees, is located in a volatile area in the rural area south of Damascus, where spikes in violence have caused the death of at least nine Palestine refugees in the recent weeks.

Since 2012, the farms and fields surrounding the camp have been active battlegrounds in which heavy weapons have been deployed with often indiscriminate impact. Some 75 UNRWA staff residing in the camp strive to maintain support to Palestine refugees through limited services offered in three schools, a health clinic, and a community centre.

The Agency’s work is impeded by the fact that since 2013, humanitarian access to Khan Eshieh has been constrained. To receive assistance, Palestine refugees must travel at great personal risk to UNRWA distribution centers in Sahnaya or Khan Dunoun. (PNN)
Syria: Palestinians pay exorbitant money to leave the country

Palestinian popular committees and groups have said that the Syrian military authorities do not allow the Palestinian refugee living in their territory to travel outside the country without paying large sums of money.

In a statement, those committees and groups explained that each Palestinian refugee, has to pay more than 50,000 Syrian pounds as well as bribes in order to receive a military service deferment and a travel permit.

Both the Syrian citizens and the Palestinian refugees cannot travel before they receive a temporary exemption for four months from compulsory military service, according to a diktat issued by the recruiting administration of the Syrian regime.

According to activists, military police officers and armed men loyal to the regime of Bashar al-Asad deployed at checkpoints outside Damascus recently arrested several Palestinian and Syrian young men who did not have military service deferments.
18 june 2016
PRC discusses Syria’s Palestinian refugees at UNHRC

The Palestinian Return Center (PRC) presented at the 32nd Human Rights Council side event held in Geneva the situation of Syria’s Palestinian refugees in coordination with the the Action Group for Palestinian Refugees in Syria.

Pietro Stefanini, Researcher and Advocacy Coordinator at the PRC who chaired the meeting, discussed the legal difficulties faced by Palestinian refugees in Syria and their difficult living conditions inside and outside Syria.

Coordinator for the Action Group Ahmed Yassin explained, for his part, the past and present situation of Palestinian refugees and presented a detailed report about the human rights violations they were subjected to. 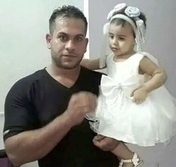 A Palestinian young man was murdered by Iraqi militiamen from al-Hashd al-Shaabi (popular mobilization) group as part of the mass field executions taking place in the provinces of Baghdad and al-Anbar.

Local sources told the Palestinian Information Center (PIC) that Jihad Abu Mutawea was lynched by Iraqi militants from al-Hashd al-Shaabi at a roadblock near Baghdad.

The sources affirmed that Abu Mutawea was a Palestinian refugee living in Iraq and had no affiliation with any Iraqi faction or group.

The family of Abu Mutawea mourned his death and said it would receive condolences from the mourners in its house in Tubas.

The United Nations Relief and Works Agency for Palestine Refugees (UNRWA) strongly condemned the parties responsible for a fatal bombardment on Khan Eshieh refugee camp, to the south-west of rural Damascus.

According to a statement by the UNRWA, the Khan Esheih refugee camp in southern rural Damascus was hit by a mortar shell on Tuesday at around 10:30 pm as worshipers were on their way back home from the al-Ridha Mosque.

The agency called on all armed groups in Syria to respect and abide by their international legal obligations and end all actions that threaten the lives and well-being of Palestinian and Syrian civilians throughout Syria.
15 june 2016
Rally in Netherlands over expulsion of Palestinian asylum-seekers

The Palestinian community in the Netherlands on Tuesday rallied outside the parliament headquarters in protest at the mistreatment of Palestinian asylum-seekers.

Speaking before the parliament, representatives of the Palestinian community and three asylum-seekers sounded the alarm over the tragic situation endured by Palestinian refugees in Gaza and Iraq.

The Foreign Affairs Committee vowed to discuss the matter in the next parliamentary session to be held on June 23 in the presence of representatives of the Palestinian refugee community.
10 june 2016
Protests over UNRWA decreasing support for Palestinian refugees

The Crisis Management Cell on Thursday announced its decision to step up protest moves against the backdrop of the UNRWA’s decreasing support for Palestinian refugees.

Speaking during a press conference held outside the UNRWA headquarters in Lebanon, the cell sounded the alarm over the tragic situation endured by Palestinian refugees despite the round of talks recently held with the UNRWA.

The cell vowed to keep up protest moves particularly in response to the reluctance maintained by the UNRWA as regards the situation in the Nahr al-Bared refugee camp, the situation of Palestinian refugees who fled war-torn Syria, and the UNRWA cuts of its health care services.

Secretary of the Lebanon-based popular committees and member of the Crisis Management Cell, Abu Iyad Shaalan, said no response has been provided by the UNRWA as regards the memorandum of demands.

He added that the UNRWA implemented an amended plan and paid no heed to the position adopted by the Palestinian leadership. “Such policy by the UNRWA strikes at the very promising outcome achieved during negotiations and brings back tension to point zero,” Shaalan further stated.
UNRWA: Violence in Syria Destroys Civilian Homes, Claims 2 Palestinian Lives

On June 4, at around 4:30 pm, 14-year-old Baraa Mahmoud Hosin Jomaa was killed in the Al Hamadaniyeh area of Aleppo city when an exploding rocket struck his home. He died as the area was being shelled by a barrage of munitions which caused dozens of deaths and casualties. On June 5, at approximately 10:30 hrs, Ms. Khairieh Zohir Siam, aged 41 years, was struck by a bullet from a sniper rifle while she was travelling in a commercial mini-bus in the Al Ramoseh area of Aleppo city. She was killed instantly, while another Palestinian refugee, a fellow passenger, was injured in the hand and neck.  UNRWA strongly condemned the parties responsible for these deaths. The thoughts and condolences of UNRWA staff are with the bereaved families.

In related news, the Khan Eshieh camp of rural southern Damascus, intense fighting involving the use of heavy weapons and airborne munitions continues to endanger the lives of Palestine refugees and to damage and destroy civilian homes. On June 4, shortly before 1:00pm, the home of a Palestine refugee was targeted and severely damaged by a munitions explosive. This just follows the death of a six-year-old Palestine child refugee from an artillery explosion on May 27, and the death of five Palestinian refugees in two separate artillery strikes inside Khan Eshieh camp on May 17.

In an official statement, UNRWA said, according to the PNN, that it remains “gravely concerned” about the risk of death and serious injury to Palestinian refugees and other civilians throughout Syria. The Agency reiterates its demands on all parties to desist from exposing civilians to these risks. To save civilian lives, it is imperative that all sides respect and comply with their obligations to international humanitarian law.

In the Governorate of Aleppo, UNRWA serves some 25,000 Palestine refugees who reside in Aleppo city and Neirab camp. Many of these refugees have experienced displacement. Ein El Tal camp (Handarat),  located to the north of Aleppo city, was once home to around 7,000 residents. In April of 2013, armed groups entered the camp, forcibly displacing the entire population over a period of some 48 hours. As the camp has been a theater of armed conflict since then, it is likely to have sustained extensive damage. Neirab camp is southeast of Aleppo city and is situated just adjacent to an airport. The camp’s 15,000 residents include Palestinian refugees displaced from Ein El Tal and further afield. Neirab residents have experienced the effects of armed conflict at varying intensity since the year 2012.

Khan Eshieh camp, home to about 9,000 Palestinian refugees, is located in a volatile area in the rural area to the south of Damascus, where spikes in violence have caused the deaths of seven Palestinian refugees in the past two weeks.  Since 2012, the farms and fields surrounding the camp have been active battlegrounds in which heavy weapons have been deployed, often with indiscriminate impact. Some 75 UNRWA staff residing in the camp strive to maintain support to Palestine’s refugees through limited services offered in three schools, a health clinic and a community centre.

UNRWA’s work is impeded by the fact that since 2013, humanitarian access to Khan Eshieh has been constrained. To receive assistance, Palestinian refugees must travel at great personal risk to UNRWA distribution centers in Sahnaya or Khan Dannoun.

118 Palestinian refugees were killed in Kabr al-Sit refugee camp in war-torn Syria since 2011, the Action Group for Palestinians in Syria reported Monday.

According to a report by the Action Group, among the casualties were 10 children, 28 women, and 80 men. Most casualties were killed in the explosion that rocked the borders of the camp and neighborhoods adjacent to al-Sayeda Zeinab in February.

Clashes were categorized as the second leading cause of death.

A home to 25,000 refugees and 12 kilometers away from Damascus, the camp was attacked because of its proximity to areas controlled by pro-Syrian regime gunmen.

The report also sounded the alarm over the tragic socio-economic situation and poor health conditions endured by Palestinian refugees at the camp, where life hinges on aid provided by the UNRWA and relief organizations.

The group also said chronic diseases, including Hematologic diseases and sickle-cell anemia, are widespread among the refugees at the camp due to inbreeding.

The group further spoke out against the lack of medical care and medicines due to the exacerbated security situation and permanent closure of passageways.
Page:  7 - 6 - 5 - 4 - 3 - 2 - 1
Powered by