During a meeting held in Cairo, Basri said that the Israeli occupation has been working hard to impose the distorted Israeli narratives related to the history of Palestine and the conflict in the schoolbooks.

He also said that the Israeli occupation has been exerting efforts to impose the Israeli curriculum on Palestinian schools in occupied Jerusalem.

“Jerusalem is waiting intensified efforts from us,” he told the meeting, calling on the Arab League to address the urgent educational needs of Palestinians in Jerusalem.

Palestine Post 24 further reports that Basri also stressed on the importance of facing the “continuous Israeli aggression” on Jerusalem, mainly the aggression on the Palestinian syllabus.

He also called for the importance of helping to maintain the UNRWA because it reflects the sustainability of the refugee issue.

In October last year, Israeli Mayor of Jerusalem, Nir Barkat, announced that he plans to remove the United Nations’ agency for Palestinian refugees from occupied East Jerusalem, accusing it of “operating illegally and promoting incitement against Israel”.

The Jerusalem Municipality also said UN schools, which serve about 1,800 students, would be closed. The municipality did not provide a specific time schedule for the closures.
13 oct 2019
Beirut conference calls for necessarily supporting UNRWA

participants in the conference on UNRWA, which concluded its activities in Beirut on Saturday, highlighted the importance of continuing to provide political and financial support for UNRWA and renewing its mandate.

This came in the final statement of the conference, which was held under the theme “UNRWA is an international guarantee for the refugees’ rights.”

The conference was organized by the Popular Conference for Palestinians Abroad and Association 302 to Defend Refugees Rights, in the presence of officials from UNRWA, the European Union, the United Nations, the Lebanese-Palestinian Dialogue Committee, Arab and foreign missions, Palestinian factions, and Lebanese parties and institutions.

The statement underlined that UNRWA is one of the main witnesses to the displacement of the Palestinian people from their land and their right to return their villages, towns and cities they were forcibly expelled from in 1948.

It also said that the termination of UNRWA is conditional on achieving the return of Palestinian refugees in accordance with the relevant international resolutions.

The conferees were also unanimous in rejecting the US administration’s position towards UNRWA, especially its decision to cut funding, and stressed the need for international monitoring of the mechanisms used by the agency to run its operations in order to improve the services it provides for the Palestinian refugees.

They urged all donor countries to support the renewal of UNRWA’s mandate, which will be voted on next December at the UN headquarters.
9 oct 2019
The Palestinian Central Bureau of Statistics launch the database of Poverty map 2017 (Atlas of Poverty)

Within the framework of the Palestinian Central Bureau of Statistics (PCBS) policy of disseminating data using modern tools of dissemination, PCBS has launched the dynamic database of Poverty map 2017 in Palestine (Atlas of Poverty).

The topics covered by the atlas adhere to international recommendations and are tailored to the needs of the Palestinian context to clarify the causes and scale of poverty.

This project used the data available from the expenditure and consumption survey 2017 and census 2017.

We hope that this poverty map will assist researchers, policymakers and decision makers, and will be an effective valuable tool in the development of plans and policies.

The European Parliament’s Budget Committee on Tuesday vetored a proposal presented by the Christian Democrats to suspend the European Union (EU) funding to the UNRWA due to alleged “corruption and mismanagement” of the agency’s international aid.

Palestinian Ambassador to the EU Abdel Rahim al-Farra said the committee usually discusses EU budget items, while recommendations are made to the European Parliament’s plenary convened on Oct. 23.

He told WAFA news agency that the bid to stop the EU funding to the UNRWA wasn’t approved as members of the parliament’s budget committee opposed to it.

Established by the UN General Assembly in 1949, the UNRWA serves around 5 million Palestinian refugees who have registered in its five areas, including Jordan, Syria, Lebanon, and the Palestinian territories of West Bank and Gaza Strip.

Jordanian foreign minister Ayman al-Safadi has said that several representatives of donor countries and institutions pledged to give new donations to UNRWA to help it continue its operations.

Safadi made his remarks following a ministerial meeting on UNRWA held recently on the sidelines of the UN General Assembly meetings in New York.

The minister the goal of the meeting was to rally support for UNRWA and to send a firm message that the international community would continue to support UNRWA as it faces extreme challenges.

“We can save UNRWA, we will save UNRWA, we must save UNRWA because saving UNRWA is basically providing five million refugees with their right to live in dignity,” he said.
Saudi Arabia Donates $50 Million To UNRWA

The Saudi Foreign Minister, Ibrahim Abdul-Aziz al-‘Assaf, stated on September 26th that his country has donated 50.000.000 US Dollars to the United Nations Relief and Works Agency (UNRWA) for its 2019 budget.

The statement came during his meeting with Pierre Krähenbühl, the Commissioner-General for the United Nations Relief and Works Agency for Palestine Refugees, on the sidelines of the UN General Assembly meetings in New York.

Al-‘Assaf added that Saudi Arabia is the biggest donor to the UNRWA for its important and vital work in aiding the Palestinian refugees.

The donation matches the one made by Saudi Arabi in the year 2018 and is added to a variety of donations provided by the country to other UNRWA projects, providing help, education, health services, and aid to 5.5 million Palestinian refugees.

On his part, Krähenbühl said that the continued and generous support from Saudi Arabia is of great importance and was also very helpful in rehabilitating dozens of UNRWA schools before the new school year started last year.

Krähenbühl also stated that this continued support enables the UNRWA to guarantee the right of education to 532.000 students, in addition to a variety of other essential services.
25 sept 2019
US charity donates $300,000 to UNRWA

Palestinians gather at the UNRWA building during a demonstration in Gaza City, Gaza on 17 September 2019

One year after the US administration cut aid to the UN Relief and Works Agency for Palestine refugees in the Near East (UNRWA), an American aid organisation has donated $300,000 to the organisation’s centre in Gaza, a statement said yesterday.

“Mercy USA for Aid and Development has contributed a generous donation to the UNRWA to benefit some 500 visually impaired Palestine refugee students at the Rehabilitation Centre for the Visually Impaired (RCVI) in Gaza,” the statement, a copy of which was sent to MEMO, said.

The statement added: “RCVI, which is the only centre of its kind in the Gaza Strip, has been operated by UNRWA for the last 55 years.”

Despite the Agency’s ongoing funding shortfall, UNRWA remains committed to helping more than 532,000 Palestine refugee girls and boys reach their full development potential through its inclusive education programs across 709 schools.

The statement said: “This Mercy-USA intervention will provide crucial funding for specialised instructors, an optometrist, and dozens of eyeglasses for students.”

“Additionally, funds from the US-based organization will help cover the cost of recreational activities designed to give these special children a sense of normalcy despite their challenges.”
17 sept 2019
Abu Hasna warns of thinking to end UNRWA’s mandate

UNRWA media advisor Adnan Abu Hasna has warned of the gravity of thinking to end or change the mandate of the refugee agency, saying such step would lead to “serious consequences.”

In press remarks on Monday, Abu Hasna noted that UNRWA still needs $120 million to fill the budget deficit during the current year.

He expressed confidence that the international community, on the first of December, would send a decisive message through voting for supporting UNRWA and helping it continue its operations for five and a half million Palestinian refugees.
10 sept 2019
Corpse Of Missing Palestinian Found In Bosnia and Herzegovina

A corpse of a young Palestinian man, who went missing around three weeks ago, was found by the authorities in Bosnia and Herzegovina, after he tried to immigrate to Europe to escape the dire conditions in the besieged Gaza Strip.

The family of Saleh Hamad, 22, from Beit Hanoun, in the northern part of the Gaza Strip, said it was officially informed that its son drowned to death.

They stated that he managed to leave the Gaza Strip and was trying to seek refuge in Europe, adding that they lost contact with him three weeks ago. 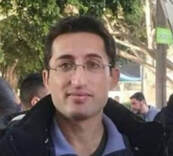 It is worth mentioning that another Palestinian, identified as Dr. Tamer Sultan, 38, and a father of three children, died on August 17th, died just days after he was admitted to a hospital in Bosnia.

He fled Gaza and tried to seek refuge in Bosnia; he was initially hospitalized suffering from severe fatigue and seriously swollen feet.

His autopsy also revealed that he suffered from a spinal tumor, which apparently was never discovered before his death.