It said the army air defenses intercepted and downed a number of them before they reached their targets.

There were no reports of casualties in any of them strikes.

It said the missiles approached from the southwest over the Golan Heights. No further details were immediately available nor was it clear what was hit.

A video carried by SANA showed what appeared to be Syrian air defenses firing over Damascus.

The Britain-based Syrian Observatory for Human Rights, which monitors the war, said seven people were killed in the attack of suspected Israeli missiles that targeted posts for Iranian-backed militias in the area between the Damascus international airport and the Sayeda Zeinab neighborhood, south of the capital.

The Observatory said some of the missiles hit their targets. It didn’t say whether there were any casualties.

On Wednesday Iran vowed to deliver a crushing response to any Israeli action against its interests.

"The Islamic Republic of Iran will give a crushing response that will cause regret to any kind of aggression or stupid action from this regime against our country's interests in Syria and the region," ministry spokesman Abbas Mousavi said.

The unusual statement came after a plane belonging to the Revolutionary Guard Corps took off from Tehran to Damascus.

The plane had been out of commission for the past six months after it was damaged in a June 2019 airstrike on Syria attributed to Israel. Shortly before the Boeing 747 cargo plane landed in Damascus, Iranian officials accused Israel of carrying out attacks against military forces in Syria that are allied with Tehran.

At least 23 people were killed in Syria in a pre-dawn raid attributed to Israel last week, according to the London-based Observatory for Human Rights, three of the victims were reported to have been Iranian nationals.

Israel does not usually comment on reports concerning its airstrikes in neighboring Syria, though it has frequently attacked what it says are Iranian targets there.

An Israeli airstrike, carried out as Syria troops were liberating the terrorist-held town of Saraqib in northwestern Idlib province, has endangered a civilian flight carrying 172 passengers, according to the Russian Defense Ministry.

Defense Ministry spokesman Major General Igor Konashenkov said Friday the civil Airbus-320 was heading to Damascus from the Iranian capital early Thursday when it was forced to divert its route as the Syrian capital's air defenses were intercepting Israeli missiles.

The plane made an emergency landing in the Hmeymim air base in Syria's western coastal province of Latakia.

“Only due to timely actions of the Damascus airport dispatchers and the efficient operation of the automated air traffic control system, the Airbus-320 managed to… successfully land at the closest alternative airfield,” Konashenkov said.

The spokesman stressed that Israel was well aware of civilian flights around Damascus and that such missions demonstrated the regime's reckless disregard for human lives.

"The Israeli general staff's use of passenger jets as a cover for its military operations or as a shield from Syrian missile system fire is becoming a typical trait of Israeli air force," he said.

Russia had previously warned that Israeli airstrikes against Damascus were endangering civilian jets.

Lebanese officials have also stated that Israeli jets illegally conducting operations against Syria from the country's airspace pose a danger to civilian aircraft in Lebanon.

In 2018, Syrian air defenses mistakenly shot down a Russian Ilyushin Il-20 reconnaissance plane after it was similarly used as a cover by Israeli warplanes, killing 15 people on board.

The Israeli airstrikes took place as Syrian troops were entering the terrorist-controlled town of Saraqib, which lies at the crossroads of two key highways in the Idlib province, the last major terrorist bastion in Syria.

The town has currently been fully liberated by Syrian forces.

Damascus has highlighted that the Israeli airstrike on Thursday happened at the same time the Turkish military was deploying a military caravan in Idlib to "protect the terrorists" and halt the Syrian military advance in the province.

Damascus has slammed the operation as evidence of Tel Aviv and Ankara's coordinated support for the terrorists.

Israel is known for conducting airstrikes against Damascus during major Syrian military advancements.

The reported joint Israeli-Turkish operations in Syria come as Ankara - which has also been a major backer for terrorists in Syria - has warned that it may resort to military action if Syria does not withdraw its troops battling terrorist forces in Idlib until the end of February.

The ongoing Syrian army offensive in Idlib was launched last August after terrorists failed to honor the Sochi de-escalation zone agreement brokered between Russian and Turkey in September 2018.

Large swathes of the province have since been liberated by Syrian troops.

Iran's Ambassador to the United Nations Majid Takht-Ravanchi said Iran, as a main party to the Astana peace process, was ready to help solve disputes between Damascus and Ankara regarding the Idlib province.

"We have to guarantee that this crisis is solved politically while at the same time prohibiting terrorists from using this as an opportunity to fortify their positions, turn Idlib into a safe refuge and target more civilians," he said.

"We have to be aware that the goal of protecting civilians doesn't get replaced with protecting terrorists," he added.

The UN envoy added that an Astana meeting, which is planned to be held in the near future in Tehran, provides a "indispensable opportunity" to resolve issues related to the Syria conflict.

The Astana peace process was launched by Iran, Turkey and Russia in 2017 and had a major role in reducing violence in the country by agreeing to de-escalation zones in the war-wracked country.
6 feb 2020
23 killed in alleged Israeli strike in Syria, says war monitoring group

Syrian Observatory for Human Rights reports that at least 3 of the victims from the pre-dawn raid were Iranian nationals; earlier reports placed the number of fatalities at only 12

At least 23 people were killed in Syria in a Thursday pre-dawn raid, attributed to Israel, said a war monitoring group. Three of the victims are reported to be Iranian nationals.

The Syrian Observatory for Human Rights said at least 15 of those killed belonged to pro-Iranian militias operating in the country and eight of the victims were part of the official Syrian army.

Earlier reports placed the number of fatalities at only 12.

A few hours before the attack, an Iranian cargo plane operated by Tehran-based Saha Airlines - owned by the Islamic Revolutionary Guard - was spotted making its way back from Damascus to the Iranian capital.

The aircraft flying along the route that in the past was used to transport arms from Iran to Syria.

The state news agency SANA said the Syrian air defenses shot down most of the missiles in the suburbs of the capital and the country's south before they reached their targets. It said the Israeli warplanes fired the missiles while flying over the Israeli-occupied Golan Heights and neighboring Lebanon.

The Britain-based Syrian Observatory for Human Rights, which tracks the Syrian war through a network of activists on the ground, said the airstrikes that occurred after midnight on Wednesday.

They hit Syrian army positions and those of Iranian-backed militiamen west and south of the capital, as well as the Mazzeh military airbase in Damascus. the Observatory said.

A "large number of missiles" hit multiple positions in these areas, triggering a fire at the Scientific Research Center in the Damascus suburb of Jamraya. The Observatory said the strikes inflicted casualties but had no definitive figure.

There was no immediate comment from Israel.
11 jan 2020
Syrian National Released After 5 Years in Israeli Prison 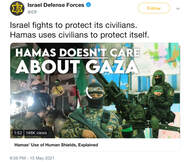 According to the Palestinian Prisoners’ Society (PPS), Israeli authorities, on Friday, released a Syrian national who has been in Israeli detention for five years, the Palestine News and Info Agency reported.

Sidqi al-Maqt, 53, was jailed in 2015 on alleged charges of “treason and espionage, support for terrorism and contact with a hostile organization,” and sentenced to 11 years in prison.

Al-Maqt, who comes from Majdal Shams, a Druze village in Israeli-occupied Golan Heights, had rejected an Israeli release offer in November 2019, on condition of being deported to the Syrian capital of Damascus.

In April 2019, Israel freed two Syrian prisoners back to Syria in an initial goodwill gesture for the return of the body of Zachary Baumel, an Israeli soldier who in 1928 was declared missing in action in Lebanon. His body was recently discovered by Russian forces in Syria.

There are roughly 20,000 native Syrian nationals in the Israeli-occupied Golan Heights that do not recognize Israel’s sovereignty over the occupied territory.
Page:  2 - 1
Powered by