Syria’s official SANA news agency cited a military source as saying on Tuesday that the Israeli missiles were launched from the Lebanese airspace, and that most of them were downed before reaching their targets, without specifying their location.

Three soldiers were injured in the attack, which caused damage to a munitions warehouse, according to the source.

Earlier, the state-run al-Ikhbariyah Syria television news network said that air defenses had intercepted “hostile targets” in the skies over the western outskirts of the capital, Damascus.

Lebanese media outlets reported that residents near the border with neighboring Syria said the sound of planes could be heard in the sky.

There are reports that the explosions took place around the Mezzeh Military Airport west of the capital and in the areas of Kesawa and Jimraya, which are located northwest of Damascus.

The development came only two days after Israeli Prime Minister Benjamin Netanyahu said that US President Donald Trump’s decision to withdraw American troops from Syria will not affect the Tel Aviv regime’s policy toward the war-torn country.

"The decision to withdraw 2,000 US troops from Syria will not change our consistent policy: We will continue to act against Iran's attempts to entrench itself militarily in Syria, and to the extent necessary, we will even expand our actions there," Netanyahu said.

On November 30, Syrian air defenses were activated against several missiles, which were aimed at the city of al-Kiswah, located approximately 13 kilometers (8 miles) south of Damascus.
They "were able to foil its goals despite the intensity of the aggression," Syrian state media said at the time.

Israeli media claimed that Iranian military advisers as well as fighters from Lebanese resistance movement Hezbollah were the main targets in the attack.

Israeli officials argue that Iran’s presence in Syria, which is part of an advisory mission requested by the Damascus government, poses a threat to the Tel Aviv regime’s security.

The Israeli military, using this pretext, has pounded alleged positions of Iranian and Iran-backed forces across Syria over the course of the seven-year conflict.

The attacks are usually viewed as attempts to prop up foreign-sponsored Takfiri terrorist groups that have been suffering defeats at the hands of Syrian government forces and allied fighters from popular defense groups.

Israel and the United States have even put pressure on Russia, another close ally of Syrian President Bashar al-Assad in the war against terrorist groups, to force Iran out of Syria.

In October, Russia equipped the Syrian army with the advanced S-300 surface-to-air missiles, days after Israeli fighter jets used a Russian surveillance aircraft flying nearby as a shield and misled the Syrian air defenses to shoot it down. Since then Israel has been very careful with its operations over Syria.
23 dec 2018
Syrian Rights Group Denounces US Senate Call on Golan Heights 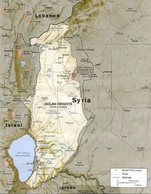 A press release by Al-Marsad said it “vehemently and unequivocally” rejects the recently submitted resolution, introduced by Senators Ted Cruz and Tom Cotton, which demands that the US recognize Israel’s claim over the occupied Syrian Golan because the Golan is “critical to Israel’s national security.”

“This resolution is abhorrent because it ignores international law, the context of the situation in the Golan and the realities of the region,” said Al-Marsad, an independent and the only human rights organization in the Golan.

“Israel’s invasion and occupation of the Golan has led to countless violations of international law. The United Nations has repeatedly condemned Israel’s incursion into the Golan and subsequent occupation.

The resolution emphasizes that Israel’s assault on the Golan was ‘defensive.’ This is irrelevant under international law, which outlaws all land acquisition through the use of force.

Additionally, Israel has violated international law and committed war crimes in its occupation by building 34 settlements and 167 settlement businesses to utilize the Golan’s resources without regard for its native population after forcibly displacing 130,000 people and razing 340 native Syrian communities,” it added, according to WAFA.

“The resolution completely disregards the context of the Golan, where occupation has caused rampant discrimination and human rights abuses. The remaining native population of the Golan is essentially stateless, faces countless discriminatory occupation-based laws, is ed in its educational opportunities, has virtually no room for economic growth (especially compared with their settler counterparts), possesses deteriorating infrastructure and is under constant threat from Israeli military actions in the region (including the persistent danger of 1.2 million landmines).

Israel’s occupation has forced native Syrians onto just 5 percent of the land they once owned and ruined virtually all native industries except for some basic agriculture. The Israeli occupying authorities have destroyed almost all meaningful civil society groups and even systematically sought to exterminate native Syrian culture and identity.”

Al-Marsad added: “The resolution uses flawed logic and dismisses the realities on the ground in the region. Seizing land by force, no matter how strategic it is, still violates core principles of international law. Installing, on seized land, discriminatory policies that endanger and abuse native populations is a blatant war crime. Tactical significance is not a justification for violating the law and disregarding the fundamental rights of hundreds of thousands of civilians.

“The Golan is occupied land that belongs to Syria. Israel has no claim of right over the region. Israel’s aggression then subsequent occupation and unilateral annexation constitute obvious violations of international law. Ted Cruz, Tom Cotton and the US Senate have categorically condemned identical violations elsewhere. This resolution is the US’s latest move to recognize Israel’s control over the Golan as legitimate. It builds on the US’s vote last month, for the first time, against a UN resolution condemning Israel’s occupation of the Golan.”

Al-Marsad called on the US Senate to reject this resolution, “which supports illegal actions, cements systematic oppression and falsely characterizes the realities on the ground in the Golan.”
19 dec 2018
563 Palestinians tortured to death in Syrian regime jails

Action Group for Palestinians of Syria on Wednesday said that at least 563 Palestinian refugees have died under torture in the Syrian regime jails.

The Group said that there are 1,712 Palestinians currently held in Syrian jails, noting that most families remain silent on the arrest of their sons fearing harassment by the Syrian security forces.

It added that Palestinian detainees in the Syrian regime jails are subjected to all forms of torture in public and secret detention centers.

Action Group has documented the arrest of 1,680 Palestinian refugees, including 106 women, while it expects that there are at least 1,712 Palestinians in the regime's prisons in view of the lack of information about some detainees' fate and place of detention.
30 nov 2018
Syria Claims to Down Israeli War Plane near Damascus

The Syrian military has reportedly shot down an Israeli war plane and four missiles, over the country’s southern region.

“Our air defense forces shot down an Israeli war plane and four missiles before they reached the targets,” a Syrian security source was quoted as saying by Russia’s RIA news agency as saying on Thursday night.

The source said, according to the PNN, that all the missiles targeting the town of Kiswah, south of the capital Damascus, were struck.

However, speaking to Reuters, an Israeli military spokesman rejected the RIA report as “bogus”.

Syrian state media had earlier cited an unnamed source as saying that the country’s air defenses had shot down “enemy targets” over the town, without specifying the nature of the target or its origin.

Other sources reported that objects had fallen from the sky, near Harfa village, but it was not clear if it was an intercepted missile or debris from an interceptor missile.

The Israeli army said a missile was fired at the Golan Heights, but that it remains unclear whether the projectile fell in Israel. Troops are scanning the area. The army added that reports that Israeli aircraft was hit are incorrect.

Israeli strikes on Syria “have been cut almost to zero” since a Russian plane was shot down near Latakia, two months ago, a former head of Military Intelligence said, earlier Thursday.
20 sept 2018
UNHRC event warns of forced disappearance among Palestinians of Syria

A seminar was held on Monday by the London-based Palestinian Return Centre (PRC) in partnership with the Action Group for Palestinians of Syria (AGPS) on the sidelines of the UN Human Rights Council’s 39th session in Geneva.

The side-event shed light on the arbitrary abductions and enforced disappearances recorded among the Palestinians of Syria.

A plethora of academics and researchers were in attendance. The session was moderated by human rights activist Olzhas Toleugazin.

Speaking at the inaugurating address, AGPS’s CEO, Ahmad Husain, briefed the audience on the calamitous situation of the Palestinians of Syria, 1,700 among whom have been secretly held in Syrian dungeons, where 556 others have also been tortured to death.

Lawyer and former detainee in Syria Wael Zahraoui narrated his tragic experience in Syrian locks ups and the cruel torture tactics pursued by the Syrian authorities against hundreds of men, women, and minors held behind prison bars.

Zahrawi said several detainees tortured in Syrian jails often return to their cells with one or two organs being taken out of their bodies, in a crime the like of which has never been recorded throughout history.

Wrapping up the seminar, CEO of Syria’s Violations Documentation Center Youssef Wahba underscored the fragile legal status of the Palestinians of Syria and the fallouts of the “protection gap” wrought on thousands of Palestinians all the way though the seven-year warfare.

Wahba warned that the violations perpetrated in Syrian penitentiaries amount to state terrorism of the kind committed by stakeholders in the embattled Syrian territories.

Wahba called on the Palestine Liberation Organization and official Palestinian bodies to live up to their responsibilities as regards the situation of the Palestinians of Syria and to take those involved in war crimes against them to regional and international courts. 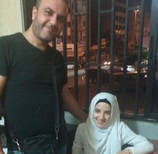 The Lebanese authorities on Sunday released the Palestinian girl Manal Abu Seyam, aged 15, after they detained her for days.

The girl was arrested at a hospital, to which she had been admitted following a horrific traffic accident in Rehab region, in Lebanon.

The Lebanese authorities claimed the girl entered Lebanon with her family via illegal routes and that she cannot be treated as a Syrian refugee as she was carrying Palestinian-Syrian identity documents.

Palestinian refugees from Syria have been subjected to a precarious legal status in Lebanon, where they are often treated as foreigners rather than legitimate asylum-seekers.

Hundreds of Palestinians formerly sheltered in Syria have fled the war-torn country in the hunt for a safe shelter to take provisional refuge in.
Page:  7 - 6 - 5 - 4 - 3 - 2 - 1
Powered by