Delegates at the 2019 Labour Party Conference have almost unanimously passed a motion reaffirming Labour’s support for Palestinian rights including their “collective rights to self-determination and to return to their homes”.

The motion also commits the Party to apply international law to all trade with Israel, including to stop all arms trade with Israel that is used in the violation of Palestinian human rights.

Last year, for the first time in history, Labour Conference debated a motion on Palestine which was passed resoundingly amidst a sea of Palestinian flags, in a mass demonstration of public solidarity with the Palestinian people.

The passing of the motion today comes the day after a packed out fringe meeting hosted by Palestine Solidarity Campaign featuring speeches from Diane Abbott MP, Lisa Nandy MP, speakers from Unite and UNISON unions as well as a live video link with BDS movement co-founder Omar Barghouti, who was prevented from attending in person due to an unexplained abnormal delay by the British government in processing his visa.

The motion also comes two weeks after the Trade Union Congress conference passed a similar motion that reaffirmed their commitment to working closely with Palestine Solidarity Campaigns and to take on UK companies complicit in Israel’s violations of international law and human rights.

Ben Jamal, Director of Palestine Solidarity Campaign, said: “The Palestinian people have called for global solidarity in response to the assault by Israel, supported by Trump, on their collective rights. Today the Labour Party has responded to that call by passing a motion that commits the party to end the UK’s financial and military complicity with Israel’s oppression.

Labour party members have said in one voice to the Palestinian people – we stand with you in your fight for justice. What is required now is for this crucial motion, passed overwhelmingly by members, to be translated into official party policy as we move towards the next general election.”
22 sept 2019
UK Labour Party Conference Venue Lights Up with Palestine Flag

On the eve of the Labour Party’s 2019 annual conference, the venue was illuminated by projections of a Palestine flag, alongside the slogans “Free Palestine,” “Solidarity with Palestine” and “Freedom, justice and equality”, as part of a creative stunt by Palestine Solidarity Campaign (PSC).

A motion expressing support for the people of Palestine, including a commitment to upholding international law, in relation to the UK’s trade with Israel, and to oppose Trump’s “Deal of the Century,” is featured in the conference ballot, and PSC is encouraging delegates to prioritise and vote for the motion.

PNN further reports that the creative stunt comes one year on from a display of solidarity, at the 2018 annual conference which saw the hall filled with a sea of Palestinian flags as a motion in support of Palestinian rights was passed resoundingly.

Campaigners are seeking to ensure that Palestine stays on the agenda of conference floor, this year.
10 sept 2019
“I Watched My Father And Brother Killed By Israeli Bombs. For Me, The UK Arms Trade Is Deeply Personal”
On 7 January, I was somehow found alive. Over 29 members of my extended family were killed over these days, with many others permanently injured. Shrapnel, which I can still feel, has remained lodged in my brain, which, as I grew up, left me to endure nose bleeds, pain in my eyes and ears, and headaches that continue today.

No human being should have to endure this kind of trauma and violence, let alone any child. Yet Operation Cast Lead alone killed 1,400 people, including more than 330 children.

My story is just one of thousands of others lived by Palestinians in Gaza -– and the deadly attacks against my people continue to this day.

A decade later, me and my family continue to resist Israel’s brutality and the oppression of our community.

Since March of last year, hundreds of thousands have been protesting at the Gaza fence, in a series of protests called the “Great Return March”. We are calling for an end to the siege and for the realisation of our fundamental right, as enshrined in international law, to return to the homes from which the majority of Palestinians have been forcibly displaced.

In response, despite repeated denials that its troops intentionally target civilians, Israel has met our unarmed protests with brutal live fire, killing over 250 and injuring over 27,000. A decade on from Operation Cast Lead, Israeli bullets and bombs are still tearing our community apart.

So, how can any government or organisation that claims to uphold human rights condone these crimes? I would like to put this question, in particular, to the UK government.

The UK has, for the first time, officially invited the Israeli government to the world’s largest arms fair at DSEI, set to take place in London, this month.

This is despite my story, thousands of other Palestinian testimonies and even a UN Commission of Inquiry report, earlier this year, which found that Israeli forces had committed grave violations against protesters in Gaza, which, in the words of the report, may have constituted “war crimes or crimes against humanity.”

By welcoming Israeli arms companies which market their weapons as “battle-tested” –- due to them being tested on us Palestinians in Gaza -– the UK government is directly complicit in the Israeli government’s ongoing crimes against us, well-documented by all the major human rights organisations.

But, this is only half the story.

Since the bombing of Gaza, in 2009, Britain has also increased its arms imports and exports to and from Israel. Israel’s arms trade with countries maintains our systematic oppression –- and countries like the UK are directly profiting from it.

We are told that the UK’s own policy on arms exports, if applied consistently, would prohibit the sale of arms when there is a risk that they would be used for the abuse of human rights and grave violations of international law.

As such, the UK government is demonstrating a total disregard for Palestinian lives and for the memory of all those murdered by the Israeli state, including my own precious father and brother, whom I lost in front of my eyes, as a child.

I’m calling on UK citizens to show international solidarity with Palestinians by joining hundreds of human rights activists in taking action against the upcoming DSEI arms fair. I also call on the UK government to implement an immediate two-way arms embargo, between the UK and Israel, until it ceases its violations against me and my people.

A commitment to human rights means nothing if it’s simply words on a piece of paper. The UK government must act immediately, to end its complicity with the violent repression of the Palestinian people. Not just in memory of my father, brother and all the other victims of Israel’s regular bombing of our people, but to stop yet more tragedies happening to other families, like it did to ours.

This is a first person account of events in January 2009. Israeli authorities have always maintained that they were responding to Palestinian rocket fire into Israel. The Israeli military has announced that it is investigating what happened at Zeitoun.
30 aug 2019
ISM Calls for Protest against Israeli Demolition ‘Charity’ Regavim in London

On September 1st, UK Lawyers for Israel is hosting a talk by Regavim, a pro-settler NGO with charitable status, pivotal in speeding up demolitions of Palestinian homes across the West Bank and displacement of Bedouin villages in the Negev.

Regavim, ‘dedicated to the preservation of Israel’s land’, petitions courts to demolish homes and infrastructure in Palestinian communities.

The NGO uses loopholes to ensure that only Palestinian structures, and not illegal settler outposts, are demolished and dismantled, leaving entire communities without proper roads, houses, or even water systems.

Regavim has never filed a petition against an illegal Jewish settlement built without a permit, revealing that their goal is not to ensure Israel’s laws are upheld but to displace Palestinian communities.

Founded as a legally-oriented NGO to counter grassroot organisations fighting for the rights of Palestinians in the West Bank, Regavim has received a surge of state funding in recent years, reaching 2,1 million shekels in 2016.

It also receives donations through the US charity One Israeli Fund which monetarily supports illegal settlements in the West Bank. Demolitions have more than doubled this year due to Regavim’s actions, doing the work of the Israeli Civil Administration and speeding demolition orders through.

Most recently, Regavim’s work has included lobbying EU to cease funding for the Union of Agricultural Work Committees which supports Palestinian farmers left vulnerable under occupation.

Palestinian grassroots groups in areas affected by Regavim are calling on Solidarity Groups in London to protest the appalling actions the NGO wrecks on their communities. Show your support for communities under constant threat of demolition and hear their testimonies at the demonstration in north west London at 5:30pm. The exact location will be released a day prior. Check the Facebook event page below for updates.

Ali Awad, (pictured below) the Field Coordinator of Palestinian grassroots group Youth of Sumud based in the South Hebron Hills, says: 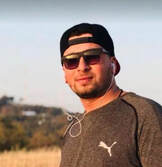 ‘Regavim receives these international donations and now they are able to employ workers on the ground to spy on these Palestinian communities. All of the South Hebron Hills now see Regavim workers when they graze their goats and sheep. When they go out to plant their fields Regavim is there. When they go to harvest their olives, Regavim is flying their drones. The people are more scared of Regavim then they are the settlers. Because before maybe the settlers throw stones or harass us. But now with Regavim, because they have the financial resources, instead of having a sheep killed by the settlers, now our whole animal barns are destroyed. Instead of the settlers breaking a few of our olive trees, now Regavim files a petition to take the whole olive grove. Those who are really concerned about Palestinian rights and peace will work to stop the flow of money to Regavim and stand in solidarity with us.’

Nasser Nawaja, (pictured below) Fieldworker for B’Tselem and resident of Susiyah, says:

‘More than 450 people in the village of Susiyah, including children, women and elderly people, are facing imminent expelling from their land and homes. We live under this constant threat because of Regavim’s legal work in the Israeli courts and the political pressure on the Israeli authorities. At the beginning, Regavim was just a small organization – but now people can’t tell where Regavim starts and the Israeli government begins. I ask all those who are concerned with justice and oppose racism stand against Regavim, raise awareness and defund it.’