Israeli Ofer Court sentenced a Palestinian for ten months and imposed on him a fine of 2000 shekels for allegedly using Facebook for “incitement.”

Othmen Tamimi, 19, was given a 10-month sentence as well as a four-month suspended sentence for “incitement” on social media, according to the PIC reporter.

Since the outbreak of Jerusalem Intifada, Israel has notably stepped up the arrests campaign against Palestinian online activists.

In recent months, Israeli forces arrested 150 Palestinians over postings on Facebook that have been critical of Israeli crimes and violations against Palestinian people.

Israelis on social media routinely and openly incite violence against Palestinians, especially during heightened periods of tensions such as last summer's military offensive on Gaza, but none have yet faced prosecution.
Military court to hold hearing for prof. Barghouthi next Thursday

The military court in Ofer decided to hold a hearing for Palestinian professor Imad al-Barghouthi next Thursday to look into an indictment filed against him by the Israeli prosecution, according to the Palestinian Prisoner Society (PPS) on Monday.

The Shin Bet had refused to comply with a court verdict ordering it to release the professor last Sunday after one month of administrative detention, with no charge.

Barghouthi, 54, a renowned astrophysicist and professor at al-Quds University, was arrested on April 24 at Nabi Saleh checkpoint near Ramallah.

The military prosecutor has accused him of inciting violence on his Facebook page.
29 may 2016
Pro-Aqsa activist Halawani released conditionally

The Israeli occupation authority (IOA) in Occupied Jerusalem on Sunday decided to give pro-Aqsa activist Hanadi Halawani a conditional release and place her under house arrest.

Halawani, who works as a teacher in Jerusalem, was taken prisoner on May 23 by the Israeli police in the Old City. The IOA also imposed a ban on her entry to the Aqsa Mosque and the Old City of Jerusalem for six months and her travel for 30 days, and ordered her to refrain from being in touch with any person concerned with her case.

Halawani was also ordered to pay a penalty of 1,000 shekels and have a bail of 8,000 shekels signed by a third party.

In a separate incident, Palestinian professor Imad al-Barghouthi was transferred on Sunday morning from Ofer jail to a Shin Bet headquarters for interrogation on the same day of his release.

lawyer Jawad Boulos, head of the legal unit at the Palestinian Prisoner Society, has expressed his concern over this Israeli measure against Barghouthi after he received a release verdict from the military court in Ofer.

Barghouthi, 54, a renowned astrophysicist and professor of theoretical plasma physics at al-Quds University, was arrested on 24 April by Israeli officers at Nabi Saleh checkpoint near Ramallah. He was held in administrative detention without indictment or trial for three months, and later a military court confirmed his detention for two months on 11 May.

The military prosecution claimed his detention was over Facebook postings.
19 may 2016
28 Palestinian young women arrested over Facebook

The rights center stated that Israeli forces notably escalated arrests against Palestinian women over the past seven months under flimsy pretexts.

According to the center, some Palestinian women were arrested while confronting settlers’ break-ins into al-Aqsa Mosque, or allegedly planning anti-occupation attacks, or visiting their relatives in Israeli jails.

However, Israeli authorities invented since the outbreak of Jerusalem Intifada a new charge against Palestinian women. 28 Palestinian young women were arrested for “incitement” in social media.

At least six of them are still held behind Israeli bars, while eight others were held in administrative detention.

The rights group stated that Israel’s deliberate targeting of Palestinian women came as part of its collective punishment policy.
16 may 2016
Israeli court sentences journalist to 9 months over Facebook remarks

Israeli Court of Salem sentenced the Palestinian journalist Sami al-Saai, from Tulkarem, to 9 months of actual imprisonment in addition to 12 months of suspended imprisonment after charging him with incitement on Facebook.

Amani al-Jundub, the wife of the captive, said that her husband denied the charge but the judge did not respond to him and endorsed the Israeli prosecution’s indictment.

Israeli Occupation Forces (IOF) arrested journalist Saai, 35, right from his home in the city of Tulkarem on March, 09 after he had been investigated in the field and his home had been searched.

The wife pointed out that the IOF did not allow him to bid farewell to his children; then he was chained and taken to Howarah military camp in southern Nablus.
15 may 2016
The Palestinian Information Center #AskNentayahu: Mayhem that ended with a whimper

Benjamin Netanyahu ended his #AskNetanyahu twitter campaign promising the people on the other side to be there “same time tomorrow”. Well, there was not another time the other day. And that tells a lot about his failed public relation stunt.

Critics and commentators have long said that the Palestinian people have valiantly managed to win the social media battle against Israel. And it is a well-deserved win.

Unlike mainstream media, MSM, social media is free, open and available. Dictators, war criminals and occupiers try their best to occupy a place in this open platform, but they are always bombarded, chased and exposed, just like they bomb and hunt down the innocent.

When Netanyahu’s office announced a Q&A session over twitter promising a chat with Netanyahu himself, the free people around the world have risen to the challenge.

The questions were hard hitting and reflective of a growing awareness of the horrible situation in occupied Palestine. #AskNetanyahu was rained by thousands of tweets from Palestinian and pro-Palestinian activists who posted anti-occupation questions, videos, and pictures that show the real face of Israel.

Perusing the hashtag, rarely do you find a tweet supportive of Israel amidst the avalanche of anti-occupation tweets.

Palestine Info Center ‏@palinfoen Settlements are illegal according to almost all int'l. Why do you insist on building more?

#AskNetanyahu Refaatesque ‏@ThisIsGaZa How many Palestinian kids did it take you to kill to win the Israeli votes?

#Asknetanyahu @netanyahu Mehdi Hasan (prsenter on al Janzeera) ‏@mehdirhasan On the subject of invites, when can come the Palestinian refugees come home pls?

#AskNetanyahu Yousef M. Aljamal ‏@YousefAljamal How would the future of these Israeli children being militarized from young age look like?

#AskNetanyahu Daniel Wickham (writer and activist) ‏@DanielWickham93 Why did Israeli soldiers, in their own words, "shoot at random civilian targets, just for fun", during the 2014 Gaza war?

#AskNetanyahu Elizabeth Tsurkov‏@Elizrael #AskNetanyahu Why do Israeli soldiers fire at fishermen & farmers in Gaza's waters & buffer zone although they pose no danger to Israel?

So what happened when the time came for Netanyahu to answer the questions? First, he started 6 minutes late. And that indicates three important things: the guys around Netanyahu have realized the campaign was a failure. And it also tells of the fact that they could not find “proper” questions to answer.

That is supported by the fact that Netanyahu answered only 45 questions in two whole hours!

The third thing, which I am certain of, is that there must have been mayhem among the people running this most failed campaign.

In his answers, Netanyahu tried desperately to be funny which fell flat against the dozens of replies and amidst the pictures and videos of dead or injured Palestinians Netanyahu personally is responsible for.

What they said about #AskNetanyahu In my opinion, the Q&A was a horrible idea that made Netanyahu look typically like a pro-Israel troll who repeats lies that have been exposed once and again by activists and human rights organizations.

Max Blumenthal, renowned anti-occupation writer and journalist, described the campaign as “a PR disaster”. Danial Wickham commented on Netanyahu’s answer to his question of why Israel kills kids saying Netanyahu sounded like a typical internet troll, “The Prime Minister of Israel has become a Zionist Twitter troll.”.

Salon.com traced the failure of the campaign to the fact that Netanyahu’s illegal construction of settlements and his war crimes and human rights violation against the Palestinian people especially in Gaza.

The days when Israel dictates what people know and what they should believe has long gone. Israel’s well-manufactured lies about itself, the occupation and the Palestinian people have easily been expelled by social media users around the world. And #AskNetanyahu is one more example that proves Israel has dug itself a huge whole.

And instead of stopping digging, like what smart people do, Israel finds pleasure in digging deeper and deeper. Because of Israeli non-stop war crimes against non-Jews, and thanks to social media and BDS activism, more and more people nowadays see Israel for what it is: a racist imperial enterprise.

Even in the United States, Israel’s number one supporter and provider, a new poll has shown that the young people are moving away from Israel, meaning they no longer believe the lie that Israel is a beacon of hope and the only democracy in the region.
11 may 2016
Jewish calls for raising Israeli flag over the Dome of the Rock

Jewish organizations Tuesday called for raising the Israeli flag over the Dome of the Rock at the Aqsa Mosque during the commemoration of the Palestine Nakba in 1948 which coincides on May 15.

The organizations concerned with what has been known as “calling for building Temple of Solomon” published posters on social media networking and electronic websites demonstrating a Jewish settler over the Dome of the Rock while raising the Israeli flag.

In a similar context, Hebrew Yedioth Ahronoth newspaper stated that Israeli Minister of Culture and Sports Miri Regev works on setting a new law that obligates all institutions funded by the Israeli government to raise the Israeli flag including sports stadiums, theaters, and public halls.
Israeli prosecutor lists Facebook charge against journalist

Local sources told the PIC reporter on Tuesday that the journalist's trial was adjourned to May 15 in Salem military court and that the Israeli prosecution demanded a sentence of nine months for the charge of incitement on Facebook. 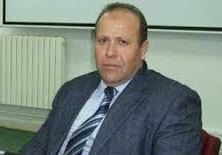 The Israeli Ofer court sentenced Tuesday the imprisoned Palestinian astrophysicist and professor Imad Barghouthi, 54, to two months under administrative detention for “incitement” in a facebook post.

The Palestinian Prisoners Society (PPS) declared intention to appeal against the court’s order.

During the hearing, a petition was submitted to the Israeli judge signed by academics from all over the world calling for professor Barghouthi’s release.

Professor Barghouthi was arrested on April 24. Since then, he was investigated three times over a post he published in his Facebook page.

Professor Barghouthi was previously arrested in 2014 and released in 2015 under the same charge. Almost 700 Palestinians are currently held in administrative detention in Israeli jails without charge or trial.
9 may 2016
Israeli court imprisons Palestinian young woman for Facebook comments

The Israeli court in Ofer on Monday sentenced the 22-year-old Palestinian young woman Majd Atwan for 45 days over Facebook comments.

Jamil Sa’ada, the lawyer at the Palestinian prisoners and ex-prisoners committee, said that the court also imposed a 3000 shekels fine on Majd, who hails from al-Khader village in southern Bethlehem.

Majd, who was arrested on 19/4/2016, was charged with posting comments on her Facebook page that were described as incitement against the occupation.
7 may 2016
PA security arrests youth over Facebook posts insulting Prophet Muhammad

PSS officials told Ma’an that the suspect “claims he is Shiite and has been writing insults against Prophet Muhammad, his companions, and Muhammad's wife Aysha."

The suspect was referred to the PA attorney general who decided to extend his remand to keep the youth for questioning. PSS officials confirmed that the suspect confessed to the charges during the initial interrogation.

“This is an assault on religions rather than freedom of expression or freedom of religion,” the officials said.

A number of Palestinians were detained by Palestinian forces last year for their use of social media to criticize the Palestinian Authority and Palestinian security services.
Page:  6 - 5 - 4 - 3 - 2 - 1
Powered by