Jordanian campaigners expressed disappointment after the US-led consortium leading the development of Israel's offshore gas reserves on Monday announced a first deal to sell natural gas from its off-shore Leviathan field to Jordan.

According to i24 News, US firm Noble Energy, the lead partner, said in a statement that the contract signed Monday with the National Electric Power Company of Jordan (NEPCO) was for "300 million cubic feet per day over a 15-year term".

It includes an option to purchase a further 50 million cubic feet up to a total of 350 million daily.

"Gross contract revenues are estimated to be approximately $10 billion," it said. Delivery to NEPCO is expected to begin at the same time as the estimated 22 trillion cubic foot field goes online to domestic clients in 2019 "subject to regulatory approvals from Israel and Jordan", Noble said.

Leviathan, which holds an estimated 22 trillion cubic feet of gas, is operated by US-based Noble Energy and the Israel-based Delek Group.

The partners in the Leviathan project will reportedly continue to pursue long-term agreements with other customers in the eastern Mediterranean, including in Egypt, Turkey and the Palestinian Authority.

Over recent months, the Jordanian National Campaign Against the Gas Agreement with the Zionist Entity (Israel) protested the government’s agreement to import natural gas from Israel, saying the deal represents a moral hazard as well as a threat to Jordanian sovereignty.

According to the campaigners such a deal serves as a sponsor to Israeli terrorism and forces Jordanian citizens to normalize with the Israeli occupation against their will.
24 sept 2016
Rejected candidate for police insisted on enlisting, took out terrorist as cadet

Shimon Tadala fought for years to join the Israel Police and only managed to get in nine weeks ago because of a youthful indiscretion; still a cadet, he was the policeman who shot the would-be stabber at Jerusalem's Damascus Gate last week.

Shimon Tadala fought for years to join the Israel Police, which had refused to accept him because of an open case. In the end, at 32 years of age, he succeeded in joining up—only nine weeks later, he successfully shot dead the Jordanian terrorist at Damascus Gate who was trying to stab a Border Policeman last week.

"I didn't do anything; I just fulfilled a dream," said Tadala on Thursday after receiving a certificate of appreciation at the National Police Academy, where he is completing his policing course.

An incident from his distant past, when he was 16 years old, kept him from fulfilling that dream for years: an open case against Tadala and a few of his friends for participating in a skirmish and attacking police officers. At the conclusion of the investigation, it turned out that no such attack had taken place, and Tadala was not charged with anything.

After his IDF service, Tadala presented himself at the police enlistment office and filled out the paperwork, only to be refused because of "his criminal past." He tried time after time, but the response remained the same.

Tell of Tadala's repeated attempts reached Assistant Commissioner Avi Neumann, currently the head of the police's training division. He called in the tenacious man for a face-to-face conversation. Neumann recalled that conversation at the certificate-awarding ceremony Thursday: "I understood that the man wanted and was suited to be a policeman."

The convinced assistant commissioner brought Tadala's résumé to human resources and said, "Here's a person who wants to be a police officer, and I'm sure that he'll be a fit." Neumann was not dissuaded by the case from Tadala's youth. He said to Tadala, "It was very hard to enlist you; you'll have to be a good policeman."

Last week, along with other cadets, Tadala was sent to strengthen police forces; he was assigned to the Old City's Damascus Gate. He saw a Jordanian man wielding two knives charging a Border Policeman and quickly drew his sidearm, ran towards the attacker, and shot him before he could harm his target.

Tadala didn't see his actions as particularly meritorious and refrained from posting, so it was only around mid-week that the academy's commander's learnt of his role in the incident. The ceremony awarding him a certificate of appreciation was swiftly arranged and a surprised to the honoree. Along with Neumann were the academy's commander, Assistant Commissioner Chaim Blumenfeld, and Deputy Commissioner Gila Gaziel, the head of the police's human resources.

Tadala stated that he had not foreseen calling on his training so soon, adding, "I did what I had been taught in the course, and I acted automatically. I promised that I would prove myself, and I intend to continue thus in the future."

The cadet stated that his next dream was to rise from the enlisted rank to that of an officer in the police.
20 sept 2016
Jordanian killed by Israeli forces laid to rest

Slain Jordanian, Saeed al-Amr, who was shot dead on Friday by Israeli forces in the occupied city of Jerusalem, was laid to rest in al-Mughayer town in Karak governorate south of Jordan.

Amr, a Jordanian citizen who entered the occupied Palestinian territories on Thursday with a tourist group to visit the holy city of Jerusalem, was shot and killed by Israeli police near al-Amoud Gate in the Old City for an alleged stabbing attack.

Amr’s body arrived in Jordan on Sunday evening and handed over to his family after completing procedures by the competent authorities.

The Minister of State for Media Affairs and Communications and acting Minister of Foreign Affairs and Expatriate Affairs Mohammad Momani said the Jordanian government will continue following up on Amr's case to probe all details of the shooting by the Israeli army in occupied Jerusalem.

Momani's statement followed his meeting with the Israeli ambassador to Jordan.
19 sept 2016
Jordan demands investigation into Amr's murder in OJ

The Jordanian government affirmed that it follows up on the issue of Saeed al-Amr, who was shot dead on Friday by Israeli forces in the occupied city of Jerusalem.

The Minister of State for Media Affairs and Communications and acting Minister of Foreign Affairs and Expatriate Affairs Mohammad Momani said the Jordanian government will continue following up on Amr's case to probe all details of the shooting by the Israeli army in occupied Jerusalem.

Momani's statement followed his meeting with the Israeli ambassador to Jordan.

Amr’s body arrived in Jordan on Sunday evening and would be handed over to his family after completing procedures by the competent authorities.

Amr, a Jordanian citizen who entered the occupied Palestinian territories on Thursday with a tourist group to visit the holy city of Jerusalem, was shot and killed by Israeli police near al-Amoud Gate in the Old City.
Israeli Army Transfers Amro’s Body To Jordanian Authorities

The Israeli authorities transferred, on Sunday evening, the body of slain Jordanian man, Sa’id Hayel Amro, 28, to the Jordanian side of the Allenby Border Terminal.

The Petra Jordanian News Agency quoted the spokesperson of the Ministry of Foreign Affairs and Expatriates Sabah Rafei stating that the body of Amro, who was killed two days ago in Jerusalem, was moved to Jordan, and that his family will receive it after the authorities conduct all needed measures.

Later on, the body was moved to the Al-Karak Governmental Hospital.

Rafei added that the Jordanian authorities are closely following the investigation, in order to obtain details on the events that led to his fatal shooting by Israeli soldiers in occupied Jerusalem, this past Friday September, 16.

The soldiers fatally shot Amro in Bab al-‘Amoud area, in Jerusalem, after he reportedly attempted to stab an officer.

It is worth mentioning that Amro was from the al-Mogheer village, near Al-Karak city, south of Jordan.
18 sept 2016
Jordan condemns Israeli murder of Jordanian citizen in Jerusalem

Ministry spokesperson, Sabah Al-Rafei, cast doubt on the Israeli police narrative that Amr had tried to stab Israeli troops, saying the police statement had clearly stated that no soldiers or policemen were hurt in the incident.

Rafei said the Jordanian government was following up on the incident, which took place Friday, to learn about the details and ensure that the body of the victim will be handed over to his family "so that legal and diplomatic measures applied internationally in such cases could be pursued".

Amr’s family members have also been striving to receive his body. The Jordanian citizen entered the occupied Palestinian territories on Thursday with a tourist group to visit the holy city of Jerusalem. The family added that their son has no political affiliations and that he was executed in an arbitrary manner.
17 sept 2016
Family of Jordanian martyr seeks help to bring his body back home

The family of Jordanian martyr Sa'eid Amr, who was shot dead by the Israeli police on Friday at al-Amud (Damascus) Gate in Occupied Jerusalem, started to make contacts with the authorities in Amman to bring the body of its son home swiftly.

27-year-old Amr, who was working for the Jordan Phosphate Mines Company, had no political affiliation and came to Palestine as a tourist, according to the family.

To justify his cold-blooded killing, the Israeli police claimed he tried to stab one of their men at al-Amud Gate.
16 sept 2016
2 Palestinians killed by Israeli soldiers in al-Khalil, O. J’lem 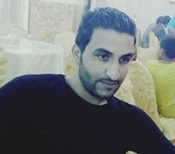 Yediot Ahranot Hebrew newspaper said that two “terrorists” attempted to carry out a vehicular attack with a pickup truck on Friday afternoon at the Elias Junction, outside the entrance of Kiryat Arba.

The “attackers”, driving a Mitsubishi pickup truck, were a man and a woman and were aiming for three persons standing by the bus stop, according to the Israeli claim.

The Israeli Army spokesperson reported that the “terrorists” were "neutralized" by Israeli forces and were critically wounded; the young man was later pronounced dead.

The two Palestinians have yet to be identified.

Israeli media reported that no Israelis were injured. The shooting came only an hour after Israeli police forces shot and killed a Jordanian youth in Occupied Jerusalem after an alleged stabbing attack at al-Amoud Gate in the Old City of occupied Jerusalem.

Israeli Maariv newspaper claimed that a Jordanian youth was shot dead by Israeli gunfire after he allegedly attempted a stabbing attack on an Israeli border policeman outside al-Amoud Gate.

Eyewitnesses affirmed that all entrances to the Old City were closed following the alleged attack. A number of worshipers were also attacked and beaten near al-Asbat Gate.

According to the PIC reporter, an unidentified young woman was stopped and searched at Bethlehem northern checkpoint before being arrested and taken to an unknown detention center. Eyewitnesses affirmed that the female detainee was holding a permit to enter the occupied city.
Page:  4 - 3 - 2 - 1
Powered by