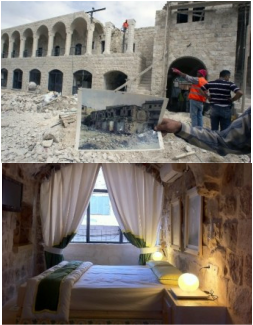 Prime Minister Salam Fayyad, European Union's Head of Operations Mr. Sergio Piccolo and the Representative of UNESCO Office in Ramallah Dr. Derek Elias inaugurated on Tuesday, July 17, Khan Al Wakalah in Nablus. The Khan Al Wakalah is a historical building at the heart of Nablus' Old City that used to be a Mamluk-Ottoman caravanserai. UNESCO - with € 2.5 million funding from the EU - rehabilitated the compound to become a hub for commerce, tourism and cultural services.

At the inauguration ceremony the compound was open to the public for the first time since the termination of the rehabilitation work. The works focused on conserving the ancient architectural structures and reconstructing the missing parts of the compound and surrounding area. Moreover, a business plan has been prepared on how to transform the site into a profit-generating centre to ensure that the restoration work has a long-term impact.

"Nablus is a city with an immortal spirit, full of history and full of life. We started from the heart of its old city not just to restore a site, but also to revitalize the commercial and cultural life of Nablus. We are very proud of what we have accomplished together with our local and international partners, after years of hard work and perseverance" said the EU Head of Operations Mr. Sergio Piccolo at the opening. "Looking at the quality of the renovation, this has been a worthwhile investment and one of huge potential in terms of job creation and economic growth for Nablus", Piccolo added.

Once fully operational the compound will house a small nine-room inn, a tourist centre and agencies to help visitors and several shops to sell traditional handicrafts such as the famous olive oil soap and traditional embroidery. There will also be restaurant on two floors and the old courtyard, where mules used to be tethered overnight for hundreds of years, is now a venue for public events.

"The inauguration is an event which goes beyond today's celebration. It embodies the achievement of a decade of commitment and determination of the key stakeholders who have patiently overcome a variety of obstacles to bring this project to completion. It is a tangible and vivid reaffirmation of the importance of culture and heritage to the identity of the Palestinian people." said the Representative of UNESCO Ramallah Office Dr. Derek Elias at the opening.

Through the cooperation with Al-Najah University, the restoration and adaptive re-use of the Khan Al Wakala was an excellent opportunity to transfer the traditional know-how to the young generation of workers in the field of conservation by organizing an onsite training activity called "yard-school".

The project also aimed at enhancing public awareness towards the protection and conservation of cultural heritage in Palestine by organizing several activities such as public lectures and site visits.

The khan was built in the XVII century, on the remains of Roman and Crusaders buildings, along the main road that stretches from Nablus to the Mediterranean Coast. Located within the city, at the western edge of the souk, Khan al-Wakala was known as an urban caravanserai, a warehouse with stables, shops and accommodation for travelers. It profited from being located on the way of goods transiting from Damascus to Jerusalem as well as of the pilgrimage route to Mecca and Medina. 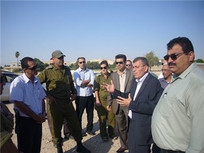 Al-Auja, north of Jericho, has been waiting for Israeli approval to build the pedestrian crossing over road 90 since 1999, a local official said.

Israeli authorities have approved the construction of a passenger bridge for a Palestinian town bisected by a major Israeli highway in the occupied West Bank, a local official said Monday.

Residents of Al-Auja, north of Jericho, have been waiting for Israeli approval to build the pedestrian crossing over road 90 since it first submitted a request in 1999, the chair of the town's board Turki Ishibat said.

The road is a major thoroughfare, particularly for cargo, and Ishibat said nine Al-Auja residents had been killed on the road. Schoolchildren have to cross it daily to reach their classes, he said.

After local officials and construction experts approved the site, construction should begin in the next few months, Ishibat added.

Although the town is located in Area A -- the urban areas of the West Bank under full Palestinian control -- the bridge needs Israeli permission because it will be constructed over an Israeli-built road.
14 june 2012 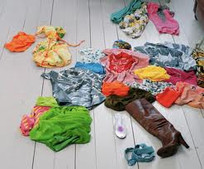 The European Union (EU) and the Ministry of Public Works and Housing inaugurated Wednesday a 4.5 kilometer road connecting the villages of Qaryout, Talfeet and Jaloud in the Nablus district, according to an EU press release.

The ceremony took place in the village of Qaryout in the presence of PA Minister of Public Works and Housing Maher Ghonaim, Nablus Governor Jibrin al-Bakri and EU Representative, John Gatt-Rutter. The opening of the road was marked with a symbolic race of more than 150 children from all three villages.

In the past year the EU supported the PA Ministry of Public Works and Housing with €1.1 million to reconstruct the 4.5 km road linking the villages of Jalud, Qaryout and Talfeet in an effort to improve the living conditions of more than 6000 villagers.

“The road in its previous condition was very narrow and in a deteriorated condition, severely delaying the mobility of people and goods and putting drivers' safety at risk,” said the press release.

“The new construction has brought a much-needed infrastructure upgrade in an area that suffers from limited access to public utilities and transport facilities,” it added.

'Building a road to connect you to your neighbors and the rest of the world is a prerequisite for any community to experience progress and growth,” said Gatt-Rutter at the inauguration ceremony.

“I hope that today we have managed to make a first solid step that will bring change to your daily lives and will trigger further development for your villages, be it by improving the water facilities or upgrading the electricity network,” he added.

The EU representative said, “We are aware of the difficulties and challenges your area is facing from restrictions in access and movement and the adjacent settlements. That is why we have supported the Palestinian Authority in being here, supporting you in practical terms and working to rehabilitate your road; a road that will reconnect you with larger Palestinian market centers like Nablus and Ramallah.”

The newly renovated road will significantly decrease the costs of transportation for farmers who form the majority of the population in Qaryout, Talfeet and Jalud. The project has also improved the surface water drainage facilities in addition to the installation of specific measures to enhance road safety.

Since 2008, in line with the Palestinian Reform and Development Plan, the EU has supported the Ministry of Public Works and Housing in upgrading and renovating a total of six roads across the West Bank of a total cost of about €4 million.

The EU is also working on a number of other infrastructure projects in the area of Nablus, the most prominent of which is the construction of the Muqata compound in Nablus city and the rehabilitation of Khan Al-Wakalat site in the Old City of Nablus.
16 apr 2012

Prime Minister Salam Fayyad inaugurated Monday stage one of the first water dam to be built in Palestine at a cost of over $1 million, according to a statement issued by Fayyad’s office.

It said that on a visit to the village of Ouja and the Jordan Valley, Fayyad inaugurated the Ouja Dam, which he said is one of the projects to develop Area C that falls under full Israeli control and which makes more than 60% of the West Bank.

“Our non-stop efforts to develop the area known as Area C and every inch of our country aim mainly to benefit from our resources, mainly our water resources,” he said.

He said that building the Ouja Dam is proof that “we will not be deterred by unfair classifications and names.”

He said that he will not wait for Israeli permission to allow him to develop that area of Palestine, stressing that “this is our land and it is our natural right to develop this area and to serve our people living here.”

He stressed that the Jordan Valley is part of the occupied Palestinian territory and a vital part of the future independent state of Palestine.

The Islamic Development Bank contributed $1 million toward developing stage one of the Ouja Dam and the Palestinian Authority paid over $30,000 toward that end. Work will now start on stage two of the project.

Fayyad condemned the Israeli army assault against Palestinian and international activists who wanted to hold a bicycle tour of the Jordan Valley area last week to show support for the Palestinians living in that area.

He said an Israeli army officer attacking with his rifle a Danish activist, which was widely covered by the media, is what happens to the Palestinian people on daily basis, urging the media to also cover these assaults.

Fayyad said there are 225 projects in the Jordan Valley area worth $60 million of which 170 projects were completed.
2 apr 2012 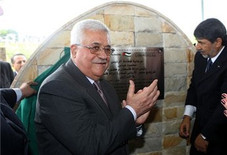 President Mahmoud Abbas Monday laid the foundation stone for the new Palestinian embassy in the Egyptian capital of Cairo.

The ceremony took place with the presence of senior Egyptian officials, including the Foreign Minister, Minister of Culture and Mayor of Cairo.

Abbas praised the Palestinian-Egyptian relations and stressed the joint history between the two peoples, especially the Egyptian efforts and struggle to support the Palestinian cause.

He thanked Egypt for its efforts and steps to build the new embassy.

This event came during Abbas’ two-day official visit to Egypt that started on Sunday.

Abbas met the chairman of the Egyptian Supreme Council of the Armed Forces, Mohammad Tantawi, earlier on Monday.
Page: 5 - 4 - 3 - 2 - 1
Powered by